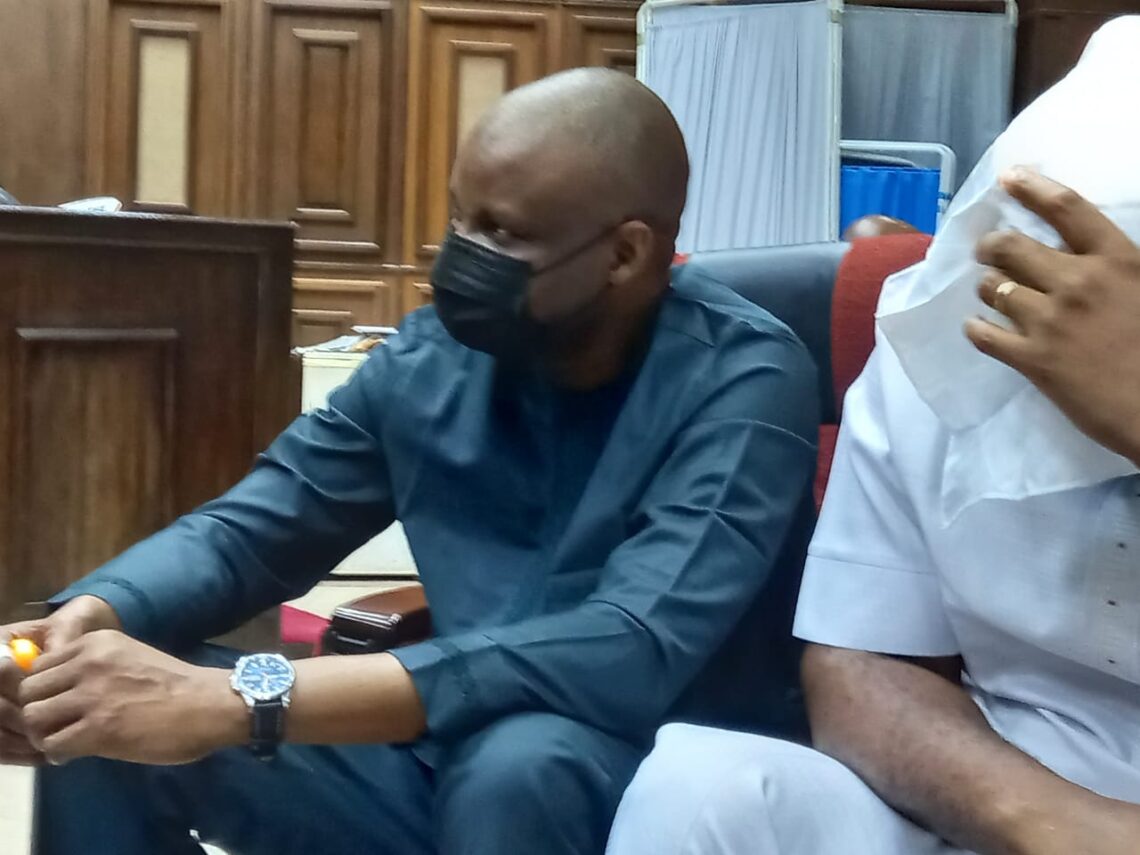 Abba Kyari, the suspended Deputy Commissioner of Police (DCP) who was arraigned before a Federal High Court sitting in Abuja on drug trafficking charges, has begged the court not to remand him in prison.

Kyari, through his lawyer, Mr. Kanu Agabi, SAN, prayed the court to allow him to remain in custody of the National Drug Law Enforcement Agency, NDLEA, pending the hearing and determination of his fresh application for bail.

The cop who headed the Police Intelligence Response Team, IRT, made the request, after he pleaded not guilty to an eight-count charge the NDLEA preferred against him and six others.

Whereas Kyari, dressed in blue native attire, and his police Co-Defendants, pleaded not guilty to the charge, the 6th and 7th Defendants, Umeibe and Ezenwanne, pleaded guilty to allegations against them.

Meanwhile, shortly after the Defendants entered their plea, the NDLEA, through its Director, Prosecution & Legal Services, Mr. Joseph Sunday, applied for trial date and for review of facts in respect of the Defendants that pleaded guilty to the charge.

The NDLEA equally told the court that it filed a counter-affidavit to oppose the release of Kyari and the other four former members of the Police IRT, on bail.

However, Agabi, SAN, while arguing that the charge against the Defendants contained bailable offences, he urged the court not to accede to request for facts in respect of Umeibe and Ezenwanne.

Agabi, SAN, contended that it will be prejudicial to his client for facts of the case to be reviewed and decision reached on it, while the trial is still subsisting.

He further made reference to cases were Defendants, out of ignorance, pleaded guilty to a charge against them.

“It is not in the interest of justice for the facts to be reviewed while the trial is still ongoing”, he added.

He noted that both Umeibe and Ezenwanne were also mentioned in some counts in the charge that involved Kyari and the others.

On his part, the Prosecution counsel, Mr. Sunday, maintained that reviewing the facts of the case would not prejudice DCP Kyari and the others.

“My lord, this sort of application by the Defence is to undermine the capacity of this court.

“This case to be considered on the basis of evidence before the court. I do not see how the 1st to 5th Defendants will be prejudiced since we are going to confront them with evidence against them”

“The most proper thing is to dispose the case against the 6th and 7th Defendants.

“It will be unjust and unfair to keep the two Defendants in custody, while waiting for conclusion of the trial of the others.

“It is better for them to be convicted to enable them to start serving their sentence”, the Prosecution added.

After he had listened to oral arguments from both sides, trial Justice Nwite said he would want the parties to formally address the court on the issue next Monday