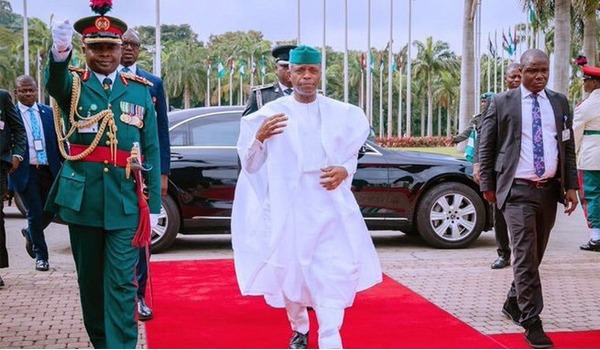 Vice President, Yemi Osinbajo, has said he will state his position on running for presidency in 2023 very soon.

Osinbajo made this comments while speaking through his spokesperson, Laolu Akande.

Akande was responding to questions from State House correspondents on Tuesday.

He said the Vice President is currently committed to his job of working with President Muhammadu Buhari.

“Well, like he has said up to this time, he is committed to the work that he is elected as Vice President and to support the President.

“That is what he is focused on now; and like I have also said in my last tweet, whatever will be his activities or whatever he would do will be communicated officially soon,” he said.