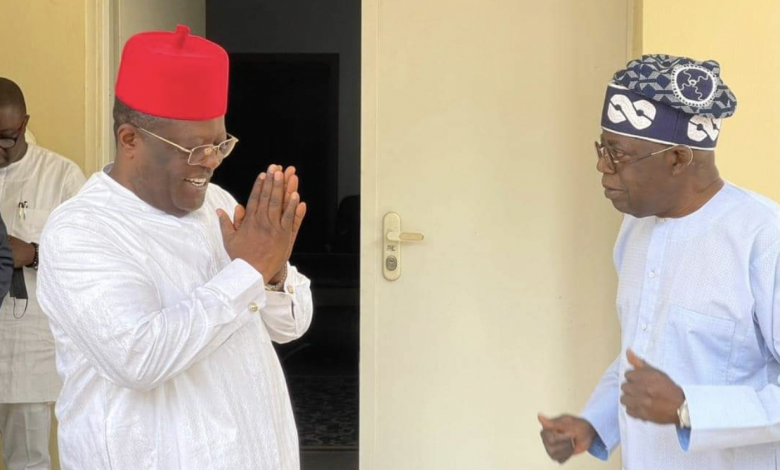 The Governor of Ebonyi state, Dave Umahi on Friday afternoon met with the national leader of the All Progressives Congress, APC, Bola Ahmed Tinubu behind closed doors in Abuja.

Umahi is currently battling to stay in office after he was sacked by a Federal high court on Wednesday. He was told to vacate the position over his defection from the Peoples Democratic Party, PDP to the All Progressives Congress, APC. 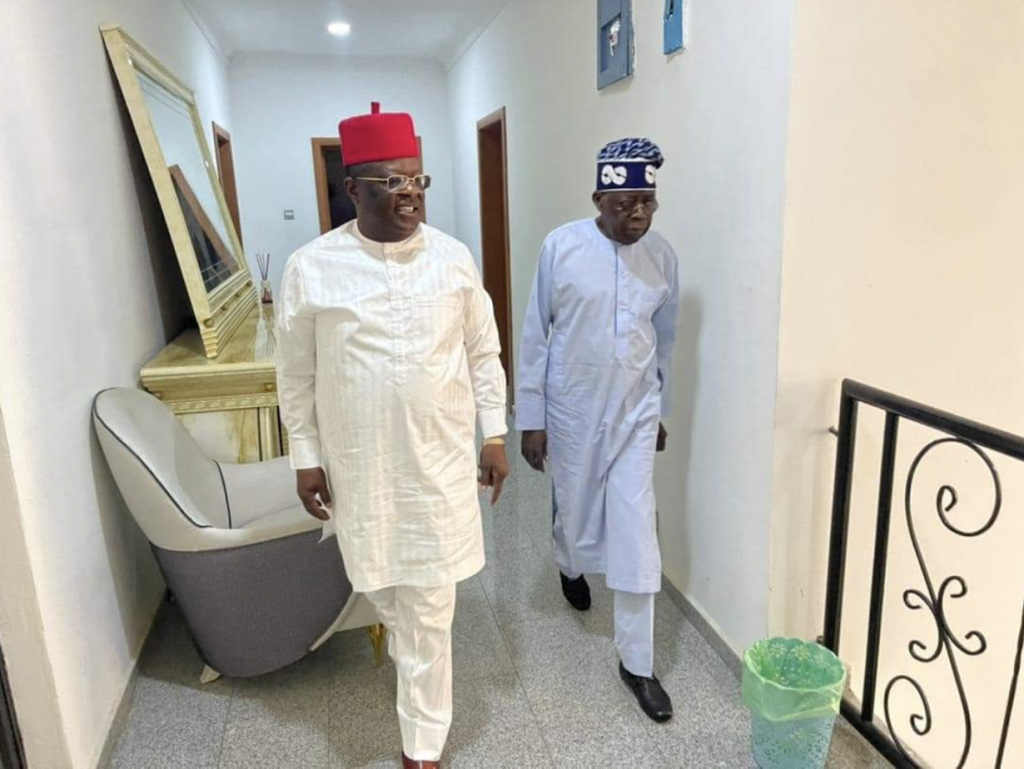 Umahi has however appealed the judgement. The Governor’s brief meeting might not be unconnected with the court judgement as well as the crisis rocking APC.

Both men have expressed serious interest for the 2023 presidential ticket of the ruling APC. 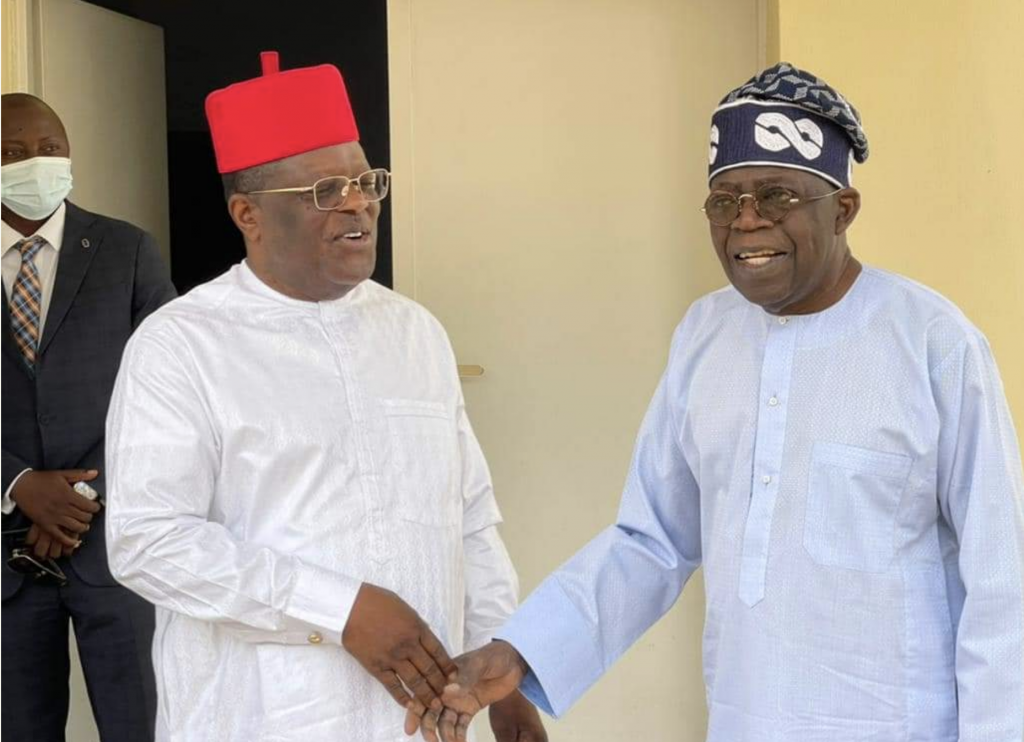