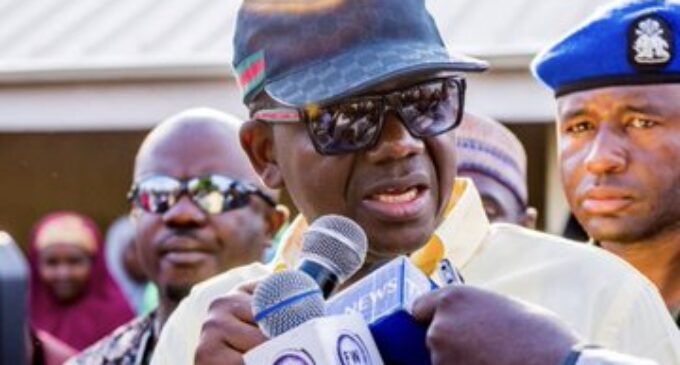 Governor Bello Matawalle of Zamfara has cautioned All Progressives Congress (APC) governors against unguarded statements over the party’s crisis.

Mr Matawalle spoke in reaction to statements credited to Ondo State Governor Rotimi Akeredolu wherein he lambasted embattled caretaker chairman of APC and Yobe Governor Mai Mala Buni, saying he was being misled by some “Yahoo Yahoo Governors” to undermine the party.

Similarly, Kaduna State Governor Nasir El-Rufai had accused Mr Buni of making plans to frustrate the party’s national convention billed to be held on March 26, 2022. Mr El-Rufai vowed that Mr Buni would not return as the party’s chair and has been effectively replaced by Governor Abubakar Bello of Niger.

Mr Buni is said to have the backing of Imo governor Hope Uzodinma, Ogun governor Dapo Abiodun, Kogi governor Yahaya Bello, among others.

“It is not right for us to wash our dirty linens in the media, especially at this critical time of the party’s transformation as we move towards a decisive period in 2023.

“I believe that each of us has been trying his best in his way to move the interest of our great party forward.

“His Excellency, Gov. Mai Mala Buni has no doubt contributed immensely to the promotion of the party’s fortunes and indeed all other governors who disagreed with one another.

“However, we all disagree to agree. That is the beauty of democracy. There is no point in promoting disharmony among ourselves after disagreements are settled,” Mr Matawalle said in a statement by Zailani Bappa, his Special Adviser on Public Enlightenment, Media and Communications on Friday in Gusau.

Mr Matawalle added: ”It is not wise to drag the name of His Excellency, Mr President into taking sides on issues that are ordinarily a normal political misunderstanding common to every collection of interests.

“Now, more than ever before, the party needs the strength and unity to face the challenges ahead as we move towards the critical period of elections of which the party must maintain its supremacy at all levels.”

He commended President Muhammadu Buhari for his fatherly role in the party’s affairs.

Mr Matawalle applauded his colleagues for their contributions to the success of the party.

“Together as one, we shall continue to conquer and prosper,” he said.