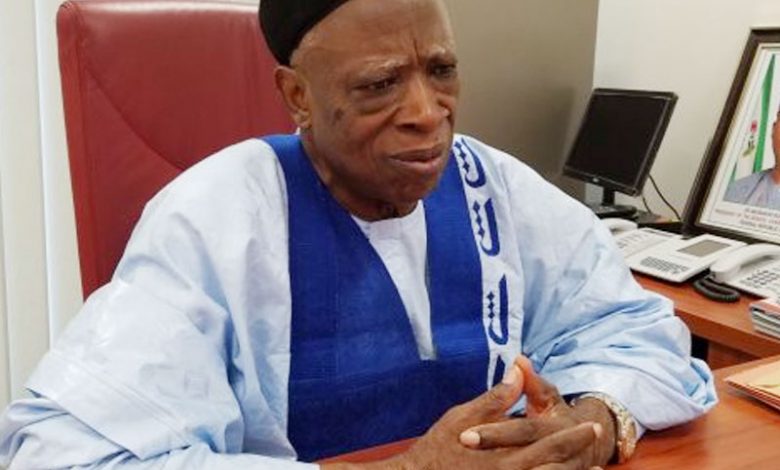 There are strong indications that power blocs in the All Progressives Congress (APC) have settled for Abdullahi Adamu, a former Nasarawa state Governor, to succeed Adams Oshiomhole as the party’s national Chairman.

Ahead of its national convention slated for March 26, the party zoned the chairmanship to the North-Central geopolitical zone. This was contained in a document signed by Salisu Na’inna Dambatta, the party’s Director of Publicity and dated March 9.

Meanwhile, there are credible reports that President Muhammadu Buhari and a group of Governors headed by Kaduna state’s Governor Nasir El-Rufai, have thrown their weights behind Adamu, the former Nasarawa Governor who is currently serving in the Senate.

El-Rufai has given credence to this in his recent interview with Channels Television, although he did not mention the name of the anointed candidate.

“The president was reluctant to even nominate who is going to be the chairman of the party because he said, you know, I’m not contesting, I want to hand over this party to a strong leadership to ensure it continues. So I’m not interested in who’s the party chairman, unlike in 2019 when I was contesting.

“But we said Mr. President, all of us are state governors, we have an influence on who is the state chairman of the party, so it’s only sensible and logical for us to give you the opportunity to guide us on who you think we should support as the national chairman. We forced him literally, he didn’t want to do it,” Governor El-Rufai said.

POLITICS NIGERIA, however, takes a dive into the profile of Adamu as he is being positioned to head the governing party.

Adamu’s journey into politics was towards Nigeria’s transitioning to the short-lived second republic.

In the late 1970s, he was elected to the Constituent Assembly, which drafted the constitution for the republic.

He was a pioneer member of the National Party of Nigeria (NPN), the first Secretary-General of the NPN in Plateau State from December 1978, and chairman of the NPN in the Plateau from 1982 to 1983, when military rule began again.

In 1994, he was appointed to the National Constitutional Conference by General Sani Abacha’s administration.

Adamu was later appointed a minister of state of the Works and Housing ministry in 1995, holding this position until November 1997.

When the Peoples Democratic Party (PDP) was founded in 1998, Adamu was one of the founding members.

After the end of his two-term governorship, Adamu became Secretary, Board of Trustees (BOT) of the party, thus making him a major decision maker.

It was on the same platform that Adamu, in his later career, won the Nasarawa West Senatorial election.

But Adamu switched sides in 2014. He was one of the aggrieved members of the PDP that formed the APC merger.

Adamu was arraigned in 2010 by the Economic and Financial Crimes Commission (EFCC) for allegedly embezzling N15 billion naira.

The anti-graft agency filed a 149-count against Adamu and 18 others, including former Nasarawa state officials and contractors, over allegations involving N15 billion fraud.

The former governor and his co-accused, however, filed a motion countering the charges on the grounds that since the funds alleged to be embezzled belonged to the state, the EFCC was out of line in its investigation. The defendants also pleaded not guilty to the charges.

But David Okorowa, judge of the federal high court in Lafia at the time, ruled that Adamu would stand trial as he had a case to answer.

As of 2013, the defendants had filed a suit at the court of appeal, challenging the decision of the lower court.

Nothing was heard of the court case again until 2019 when Adamu said he had been discharged in 2016. He stated this in his reaction to an allegation of corruption against him made by former Senate President Bukola Saraki.

“I think because he has come so much to talk about EFCC, he’s being dishonest about it. This is because when my case was terminated, when it was discharged, in the Federal High Court in Lafia, way back on June 28, 2016, as a senator, when I got back to Abuja, I went to him (Saraki) and told him that my case has been discharged,” he said.