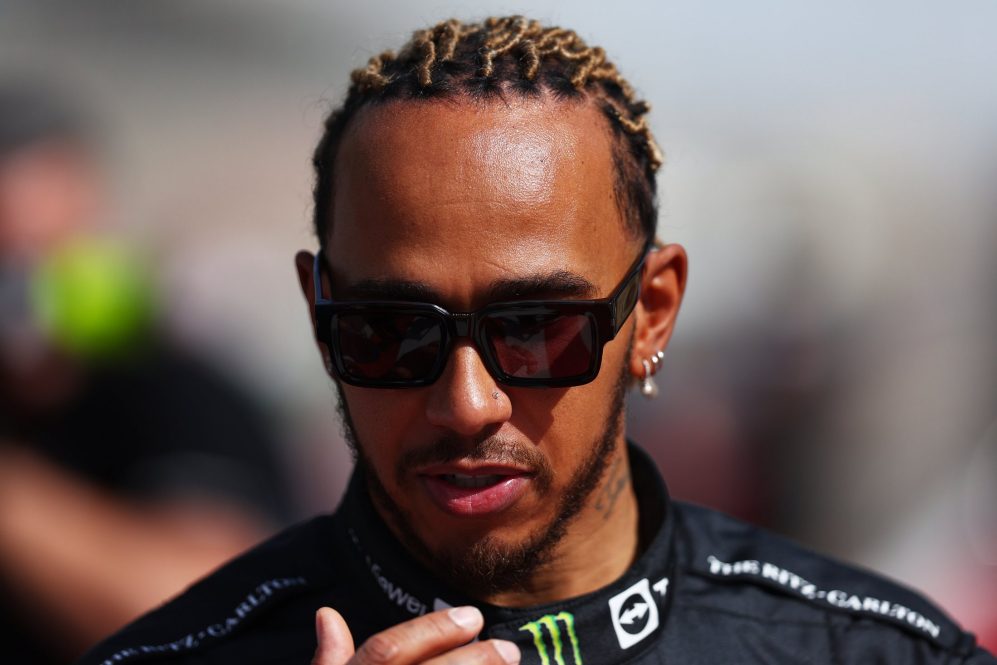 Lewis Hamilton said Mercedes are not in a position to compete for wins, as pre-season testing ended in Bahrain.

Hamilton said the car had “potential” but was “not at the top” and insisted he was not deliberately understating his prospects.

“Next week we will get a much better showing of our pace,” said Hamilton.

Max Verstappen was fastest after an impressive afternoon in a Red Bull featuring a major aerodynamic upgrade that appeared to transform the car.

The new season starts at the same Sakhir track next weekend, and seven-time champion Hamilton said he believed Mercedes were no better than third fastest team after a difficult build-up to the championship.

“I’m sure everyone can figure that out – we are not the quickest at the moment,” he said. “Ferrari look to be the quickest, then perhaps Red Bull, and then maybe us or maybe McLaren, I don’t know. But we’re currently not at the top.”

And when it was pointed out that many in F1 believed Mercedes are hiding their true potential, he replied: “I think people will be surprised maybe. Or at least people keep talking about us talking ourselves down. But it’s a bit different this year.”

Hamilton’s remarks were made before world champion Verstappen set the fastest time of the three-day test in the Red Bull.

The car featured a substantial upgrade for Saturday’s running that appeared to have transformed its pace.

The Dutchman’s fastest time was set on tyres one grade softer than Leclerc’s but he was more than 0.4secs quicker than the Ferrari when using the same compound of tyres.

Fernando Alonso went third quickest right at the end of the session, just under a second slower than the Red Bull, using the same ‘C5’ tyres as Verstappen.

Mercedes driver George Russell was fourth fastest, 0.114secs behind Leclerc on the same compound of tyres as the Ferrari.

READ ALSO:   Lewandowski To Be Named "Best Player In The World" After .....

Verstappen beat Leclerc on the same type of tyres despite a spin out of the final corner as he attempted to start a flying lap.

The Dutchman did another preparation lap before going again for a fast time, but the error would have meant his tyres were not in optimum condition.

Headline lap times in testing are notoriously unreliable indicators of true competitiveness because teams do not reveal the specifications in which they run their cars, and engine modes, fuel levels and a number of other parameters can all have a significant effect on performance.

McLaren continued to be afflicted by front-brake problems, a fix for which team boss Andreas Seidl said would require new parts that will only arrive in time for the race weekend.

Lando Norris ended the day ninth fastest, filling in again for team-mate Daniel Ricciardo, who missed all of Bahrain testing as a result of catching Covid-19.