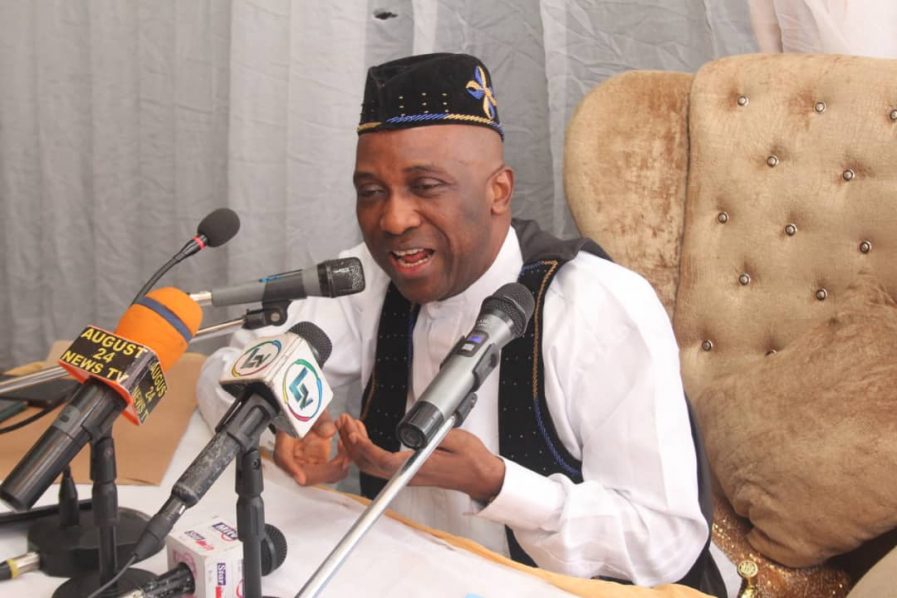 Primate Ayodele Has Revealed the Fate Of Kwankwaso-led Third Force.

The Leader Of INRI Evangelical Spiritual Church, Primate Elijah Ayodele, on Sunday, revealed the fate of the newly formed Third Force ahead of the 2023 general elections.

Primate Ayodele said the Third Force party formed under the aegis of The National Movement some weeks ago is not the one to replace the All Progressives Congress, APC, and the Peoples Democratic Party, PDP.

He noted that the party which “Rabiu Kwankwaso launched didn’t comply with God’s directive and didn’t start in the right direction; therefore, it will fail woefully in 2023.”

In a statement signed by his spokesman, Oluwatosin Osho, the prophet stated that the efforts of the newly launched party will amount to nothing.

He advised the leaders to work on some other time because he doesn’t foresee them getting anything tangible now.

‘’They should stop making noise, they are not in compliance with God, this present one cannot win a local government not to talk of state because they didn’t consider God in the formation.

‘’Those who formed it didn’t take the right direction; they are not serious-minded. They can’t get anything meaningful now; they should prepare for the nearest future,” he said.