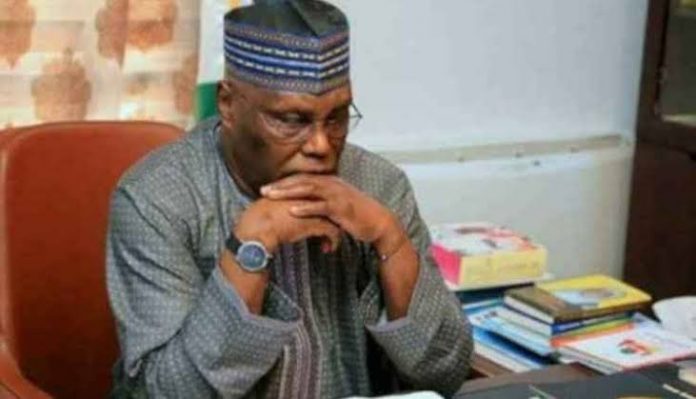 Former Vice-President, Atiku Abubakar should withdraw from the 2023 presidential election and play the role of an elder statesman, Prof. Itse Sagay (SAN), Chairman of the Presidential Advisory Committee Against Corruption (PACAC) has said.

It will be recalled that Atiku had faulted calls on his party, the Peoples Democratic Party ( PDP) to zone its presidential ticket to the South, saying the Constitution of the Federal Republic of Nigeria does not recognise it.

However, speaking in a chat with DAILY INDEPENDENT, Sagay said Atiku’s statement is borne out of a selfish motive driven by his ambition to rule Nigeria at all cost.

“My take is that Atiku is speaking for himself. What he is saying is for his own benefit. Anything he prescribes, he puts himself first. Otherwise, if a person wants to be fair and wants the unity of this country and wants to recognise that each part of the country should exercise power and be a full member of the federation, he won’t say zoning should be disregarded”.

“His statement was borne out of selfish reasons because he wants to contest again in 2023. It just shows really that he cannot be a good leader. He is not saying it out of principles but because of selfishness”.

“The problem of this country is that the leadership has been mainly one that operates in their own interest rather than that of the country. We are tired of that”.
“Why can’t he be an elder statesman like myself. I won’t call myself a statesman but at least, I am an elder. Why can’t he join the group of elder statesmen and be proffering advice to the country? He should cancel himself out of the equation and think of the country”.
“He should be proposing things that will help this country and make us stronger and progress as a nation”.

“He should express views which will be respected because not only of his status or age, but because he is not saying it out of personal interest since he is no longer participating”.

“I think he will do a lot more good if he joins that group of elder statesmen instead of running again. This will be his third attempt. He ran under Action Congress (AC), he also ran under PDP. In between, he has contested under APC in 2014 and other several parties. There is a time to say ‘I’ve had enough’. I’ve reached an age where I will advise younger ones”.
“This is the time to quit and be an objective adviser or a father figure for this nation’. Atiku shouldn’t be proposing wrong policies for selfish ends. My advice to him is that he should retire from politics and be an elder statesman”.