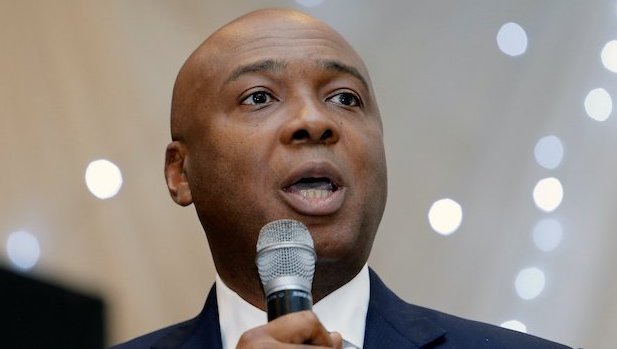 The former Senate President,Dr Bukola Saraki said he has been touring the country with his team to consult stakeholders on his presidential ambition.

According to him, he will declare his intention to run for president in 2023 after the Peoples Democratic Party (PDP) decides which geopolitical zone will get its presidential ticket.

“Like anybody, there are rules; there are guidelines,” he said.

“We will have a NEC (PDP) meeting on Tuesday. Hopefully, the guidelines will come out which will tell us definitely where the whistle would be blown.

“Short of anything that stops an individual, I will definitely be announcing sometime before the end of the month, my intention to vie for president. At the moment, we are just doing consultation. Formal declaration will come in due course.”

Asked about the issue of zoning which has been a subject of debate, Saraki said Nigerians should be concerned about electing someone who can tackle the country’s challenges.

“When you talk about zoning, yes, you must consider zoning. But when we talk about zoning, it can’t just be an issue of north/south because you cannot tell me that the south-west will say they are disenfranchised in the possibility of political office; neither can you say the south-south,” he said.

“But the reality is that the north-east, north-central and south-east have not had presidency or vice-presidency. But what I’m saying is today, where the country is, with the challenges before the country, we must bring in other issues.

“We did it when we wanted to look for the national chairman of our party. We went seeking for who we felt was the best that would help the party.

“There are people who can provide solutions to the problems of the country if you give them the opportunity.”