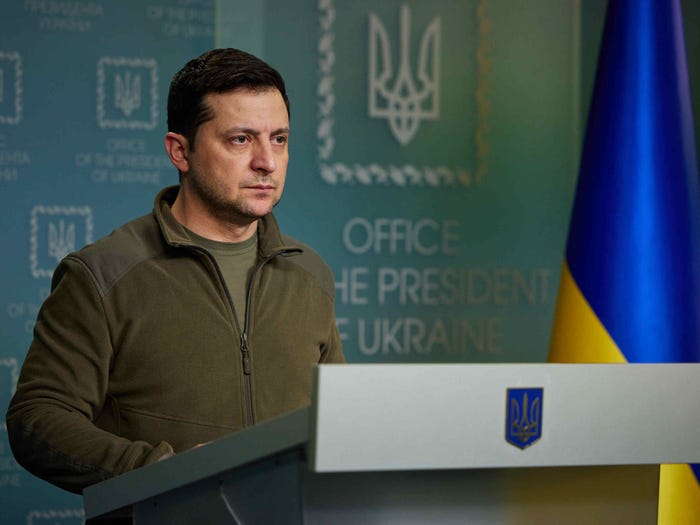 President Volodymyr Zelensky on Tuesday said Ukraine has accepted that it will not become a member of NATO.

“Ukraine is not a member of NATO. We understand that.

“We have heard for years that the doors were open, but we also heard that we could not join. It’s a truth and it must be recognized,” Zelensky said.

The Ukrainian President said this during a call with the country’s military leaders on Tuesday.

The possibility of joining NATO, a US-led military alliance, was one of the reasons Russia launched an attack on Ukraine in February.

The Russian invasion has so far led to the largest refugee crisis in Europe since World War II with over three millions scampering for safety including children.

Advertisement
READ ALSO:   Top Movies To Watch-out For On Netflix This February