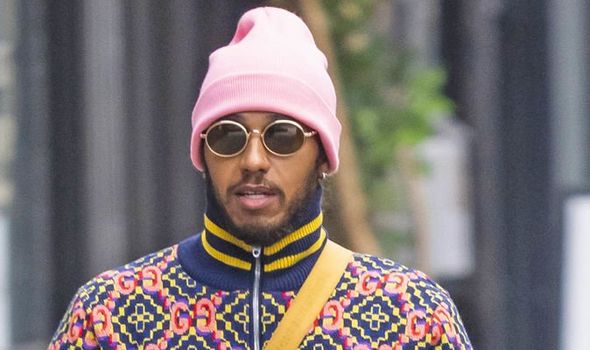 Lewis Hamilton and George Russell’s car is at the centre of a paddock row ahead of Sunday’s Bahrain Grand Prix following their radical design.

Mercedes‘ rivals have taken exception to their virtually non-existent sidepods, which have been designed to increase speed and to allow greater airflow.

And with vents returning to cars this season, Mercedes have opted to decouple their Side Impact Structure (SIS) from the sidepod, which allows them to think about the size, shape and orientation of the internal components.

No other Formula One team thought of that idea after this year’s regulations failed to stipulate where the SIS needs to be.

Meanwhile, a new set of fins have been added on the edge of the cockpit which helps channel the airflow.

Commenting on Mercedes’ ultra-efficient cooling system from their sidepod arrangement, Symonds claimed the technology has derived from the aerospace industry.

He told Sky Sports: “This is a very novel approach. I like to see novel interpretations. I have to say it’s not one that I’d expected to see.

“And I’m still really impressed at how they’re getting the air through to cool the car, but they obviously are.

“I think it will have got their rivals sort of going back to the rulebook with their red pencil, and seeing just what they’ve done.

“I guess it was just a little bit more radical than we thought.

“And we were using a bigger inlet than that [on the W13] to get the cooling. I think on the Mercedes, they have a few little tricks in there that help them in this respect.

“For example the intercooler, is a very, very neat device. It’s a water/air intercooler, which of course Mercedes have had for a little while, but I think this is a little bit different.

“And that’s why they can really shrink wrap this car a little bit more than most of the others can.

“The intercooler that I was talking about comes from Reaction Engines in Oxfordshire, the people who are doing this sort of air-breathing rocket motor, and the sort of spin-off from that has been this really extremely efficient heat exchanger technology.

“I think that’s part of the reason why they’ve been able to produce the car the way they have.”

“It’s a very extreme interpretation of the regulation and inevitably there is going to be a lot of debate.

‘It’s impressive. I think this is the great thing about the innovation in Formula One.”

Despite the praise from F1 chiefs, Hamilton believes the car will be too slow to deliver him a record-breaking eighth world title.

Mercedes are expected to battle Red Bull and Ferrari for the Constructors’ Championship this season.