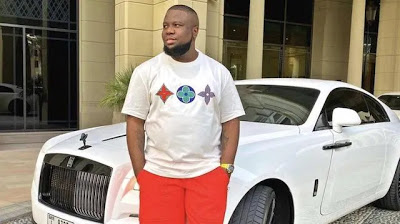 US react to Viral reports of Hushpuppi laundering $400,000 in prison

Reports which claimed that an alleged Internet fraudster Ramon Abbas, popularly known as Hushpuppi, laundered $400,000 in prison, is fake, the U.S. has clarified.

The reports had claimed that the Federal Bureau of Investigation through its agent, Andrew John Innocenti, presented documents before the United States District Court of California on Wednesday with fresh evidence indicting Hushpuppi of committing fraud and money laundering in the U.S. Federal correctional facility.

According to viral reports, it claimed that through the court documents, Hushpuppi defrauded his victim through Economic Impact Payments debit cards fraudulently obtained from stolen data of U.S citizens and residents.

But responding to email enquiry, Thom Mrozek, the Director of Media Relations of the United States Attorney’s Office said: “After looking at the document excerpted in recent media accounts, the documents appear to have been fabricated.

“The U.S Attorney’s office in Los Angeles which filed the case against Mr. Abbas, has not filed any such document.
“We have checked with the FBI Agent who supposedly authored the document and he confirms it is fake”

Similarly, a cybercrime expert and Director of Research in Computer Forensics at the University of Alabama, Gary Warner explained that the document was an edited version of a June 2020 affidavit.
He wrote, “People are asking me if it is true that #Hushpuppi laundered $400,000 in #Stimulus cards from in prison.

“The document they show is an edit of a June 2020 Affidavit. The new version is fake, intended to get people to visit a scammer EIP website.”