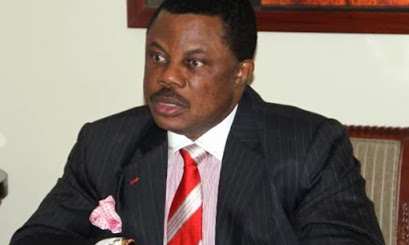 Obiano and his wife have been released from EFCC custody.

CityNews Nigeria reports that the Ex-Governor Anambra Governor, Willie Obiano has been released from the custody of the Economic and Financial Crimes Commission EFCC.

Also, this online newspaper reports that the wife of the former g overnor, Ebelechukwu Obiano who was also with him was as well released by the antigraft agency.

This is coming after Newsonline Nigeria reported that the EFCC arrested Obiano around 8.30 pm on Thursday at the Murtala Muhammad International Airport, Lagos as he was about to board a flight to Houston, Texas in the United States a few hours after he handed over Prof. Charles Soludo as the new Governor of Anambra State.

Details of why the former governor was arrested in the first place were still sketchy at the time of filing this report but this Newspaper in an earlier report revealed that some documents in its passion some infractions allegedly committed by the governor while in office.

However, the EFCC had said the former Anambra State Governor had been on its watchlist.