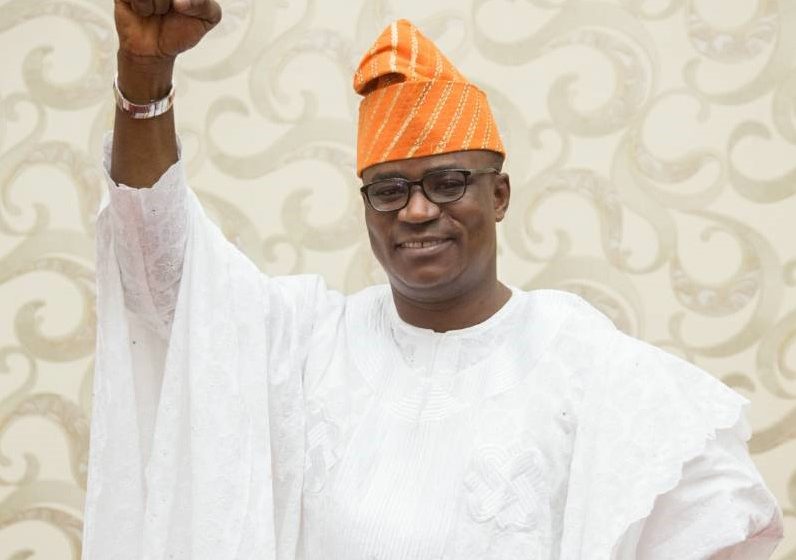 Prince Ayoade Adewopo was born on the 20th day of December, 1972 to Prince Johnson Adedoja Adewopo a reputable lawyer during his lifetime and a scion of the Ogboru Royal Dynasty of Ile-Ife and to Princess Dorcas Adewopo (Nee Laoye) a retired teacher and the first daughter of the Late Timi of Ede, HRH Oba John Adetoyese Laoye. Prince Ayoade Adewopo was born a true blue blood.

Before his 30th birthday, he obtained a Doctor of Jurisprudence degree from Indiana University, a Certificate in Enterpreneurship in Developing Economies from Harvard University, a Postgraduate Diploma in International Tax Law from Robert Kennedy College, Zurich-Switzerland, qualified as a Solicitor from the College of Law, London, a Diploma in Business and Industrial Law from the University of Lagos, and a Higher National Diploma in Business Administration and Management from The Polytechnic Ibadan.

Ayoade is also a licensed attorney in the USA and a Solicitor in England & Wales. Ayoade also has the right to practice law in the European Union, Canada and Australia.

Previously, he worked with the Hong Kong Equal Opportunities Commission and later at the prestigious global law firm of Ice Miller LLP in Indiana (USA).

Ayoade also worked as the Senior Global Operations Counsel for The Scott’s Miracle-Gro Company(one of the largest fertiliser companies in the world), later as the Vice President & Assistant General Counsel (Americas) for Ingersoll-Rand, before returning to Nigeria as Group Head, Corporate Governance and Deputy Group Head, Anti Money Laundering & Counter Terrorism Financing at the Central Bank of Nigeria. He resigned from his position at the Central Bank to contest in the Osun 2018 Gubernatorial elections under the PDP umbrella.

Ayoade is the Convener of the Ayombo Movement for Good Governance. He’s also the President of Johnson Adedoja Adewopo Foundation (JAAF), a foundation that caters to the needs of Osun State indigenes in various areas of human capital development.

Ayoade is happily married with children