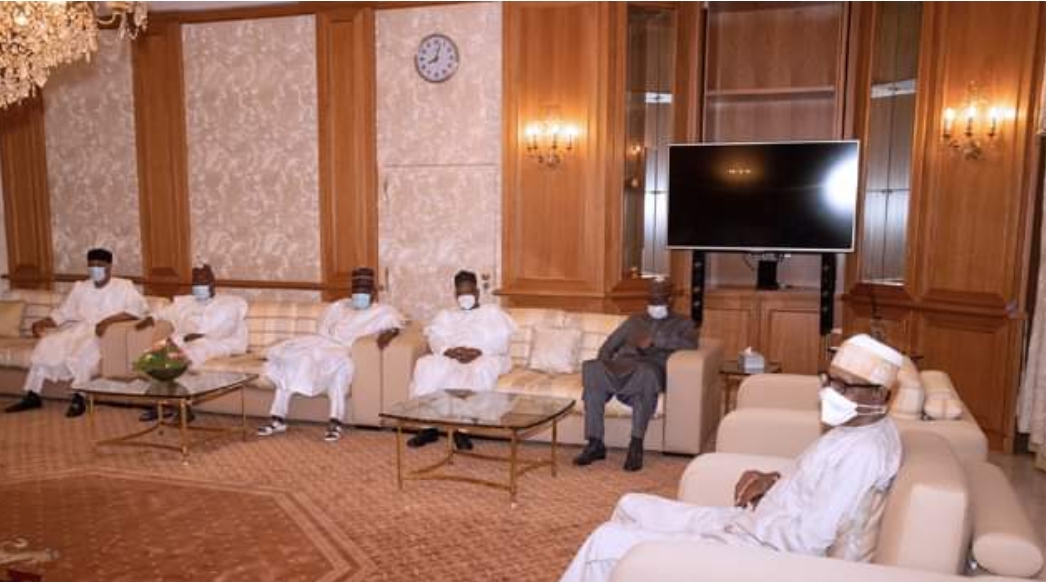 President Muhammadu Buhari has met behind closed doors with all All Progressives Congress chairmanship aspirants during its forthcoming national convention on March 26.

The secretary to the government of the federation, Boss Mustapha and the chief of staff to the president, Ibrahim Gambari, also attended the meeting.

Mr Buhari had earlier met behind closed doors with APC governors over the forthcoming convention.

The governors were led to the meeting by Mr Buni.

However, the Progressive Governors’ Forum chairman, Governor Atiku Bagudu, spoke to State House correspondents at the end of the meeting.

According to Mr Bagudu, the governors will support Mr Buhari’s preferred aspirant. He also disclosed that the governors agreed to support any process that would lead to a consensus.

Last month, Mr Buhari said he was in favour of the consensus mode for selecting candidates for the party’s national positions. He had urged the governors to explore the option of consensus.