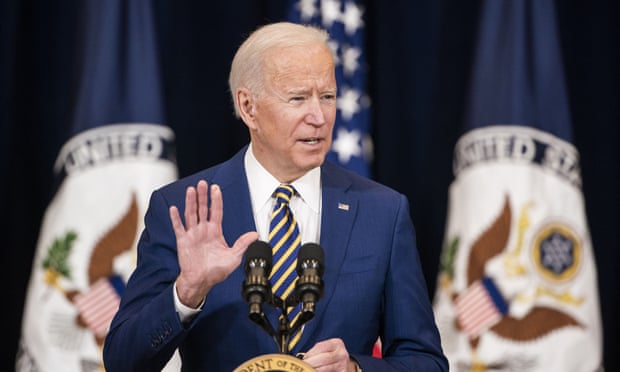 President Joe Biden will travel to Poland on Friday for a briefing on the humanitarian crisis sparked by the month-old war in Ukraine and to possibly meet with Ukrainian refugees displaced by the conflict.

More than 2 million Ukrainians have fled to Poland since the start of Russia’s invasion of their country. In Brussels on Thursday, Biden pledged $1 billion in U.S. humanitarian assistance to refugees fleeing the invasion and hinted that he may meet with some of them personally.

“I hope I get to see a lot of people,” he said after a trio of summits with key U.S. allies.

Before he departs Brussels, Biden will hold a bilateral meeting with European Commission President Ursula von der Leyen to discuss the allies’ cooperation in responding to the Russian invasion. The two leaders will make a joint statement to the press following their meeting.

Later in Rzeszów, Poland, Biden will receive a briefing on the humanitarian response to the suffering of civilians inside Ukraine and the response to the flow of refugees fleeing the country. Afterward, he will meet with U.S. services members in the 82nd Airborne Division who have been deployed to Poland in recent weeks to help bolster NATO’s eastern flank.

Biden will close the day by heading to Warsaw, where on Saturday he will meet with Polish President Andrzej Duda and deliver remarks on the united efforts to support the people of Ukraine and hold Russia accountable for the war.

►Russia’s military said it would offer safe passage to foreign ships that have been stranded in Ukrainian ports.

►Ukraine accused Moscow on Thursday of forcibly taking hundreds of thousands of civilians from shattered Ukrainian cities to Russia, where some may be used as “hostages” to pressure Kyiv to give up. Lyudmyla Denisova, Ukraine’s ombudsperson, said 402,000 people, including 84,000 children, have been taken against their will.

‘Need to look for peace’: Zelenskyy reassures Ukraine in address

In an evening address to Ukraine late Thursday, Ukrainian President Volodymyr Zelenskyy spoke of hope and determination as the war headed into its second month.

Earlier in the week, Zelenskyy called on people worldwide to gather in public to show support for his embattled country. “Come to your squares, your streets. Make yourselves visible and heard,” he said.

In an audio message to The Associated Press, city council secretary Olexander Lomako said a “catastrophe” is unfolding in the northern city. Lomako added that a Russian airstrike destroyed a bridge over the Desna River this week, a key route for bringing in food and other supplies from Ukraine-controlled territory further south.

“Humanitarian help, medicines and food used to be delivered into the city via this bridge,” he told The Associated Press.

A majority of Americans are supportive of the harsh sanctions on Russia but believe Biden needs to be tougher on the Kremlin after its invasion of Ukraine, according to a poll commissioned by the Associated Press and NORC released Thursday.

The poll, which surveyed 1,082 U.S. adults from Thursday to Monday, found 56% of Americans believe Biden’s response to Russia hasn’t been tough enough, including a majority of 53% of Democrats. A very small percent, about 6%, said they thought Biden had been “too tough,” the poll shows.

Across the board, Americans of both political parties were supportive of the harsh economic blows to Russia. The poll showed 68% were supportive of economic sanctions in general with 70% saying they supported the recent banning oil imported from Russia, which in turn caused gas prices to rise.