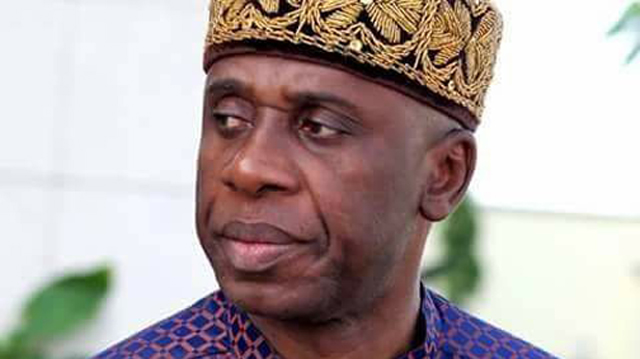 The Minister of Transport, Rotimi Amaechi, has said that he is not a supporter of Senator Abdullahi Adamu as the consensus chairmanship candidate of the All Progressives Congress (APC).

Naija News earlier reported that six chairmanship aspirants had stepped down from the race and decided to back the former Nasarawa governor as the consensus candidate.

Adamu is President Muhammadu Buhari’s preferred candidate to replace Comrade Adams Oshiomole who was sacked in 2020.

In an interview with Channels Television at Eagle Square, Abuja, on Saturday, Amaechi said he is not a supporter of the former Nasarawa governor to become the next chairman of the party.

He added that Adamu will continue to see how he will strengthen the ruling party to win the 2023 general elections.

He said: “The new Chairman that emerges will continue to see how he will strengthen the party to an election.