According to a press release by the college, Ms Tofade was selected to become the 10th president of the college, following a comprehensive search.

“Dr Tofade is the first Black woman to serve as president of Albany College of Pharmacy and Health Sciences in the college’s 141-year history. She begins her term on July 1, 2022,” the release said. 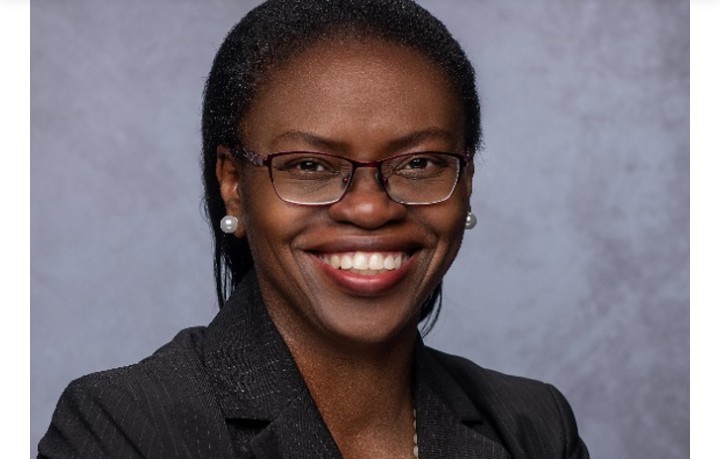 Christopher Di Lascia who chaired the presidential search committee said, “Dr Tofade possesses all the qualities desired, including her deep commitment to academic quality, scholarship, and service, as well as a proven track record of successful management and resource development…”

Since 2016, the release noted that Ms Tofade had served as the Dean and Professor at the Howard University College of Pharmacy in Washington, D.C. during which the college has nearly doubled enrollment for the class of 2021; doubled the number of student internships; expanded clinical, industrial and international partnerships; and received the maximum number of Accreditation Council for Pharmacy Education (ACPE) re-accreditation years possible.

Under her leadership, the college diversified its faculty composition and expertise; revised the curriculum which has led to improved educational outcomes; entered into a one-of-a-kind partnership with the Food and Drug Administration (FDA) and Glaxo to provide fellowship opportunities in regulatory affairs and policy.

In accepting her new role, Ms Tofade reportedly said, “It is an honour to be selected for this distinguished role by the Board of Trustees at Albany College of Pharmacy and Health Sciences.”

“My sincere thanks go to Howard University’s provost and president for their leadership, ongoing support, and mentorship over the years, the entire Howard University College of Pharmacy for their dedication to excellence and leadership, my distinguished colleagues for making Howard a great place to work, and my family for their unwavering support. I am grateful to God for this new opportunity, and I look forward to serving the ACPHS community as president.”

During Ms Tofade’s time at Howard University, residencies with Walgreens and Trusted Health Plans were established; multiple partnerships with the pharmaceutical industry yielding postdoctoral fellowship opportunities for Howard graduates have been created under her leadership.

Alumni giving increased by over 70 percent and the student residency match rate increased from 36 per cent to over 50 percent.

READ ALSO:   Crypto market has lost $2 trillion from its peak as Bitcoin struggles to stay above $20K

Anthony Wutoh, Provost and Chief Academic Officer of Howard University said, “Dean Tofade has been an integral part of the Howard University community for the past six years, and has represented the College of Pharmacy well as a respected leader.”

He noted that although her departure is “certainly a loss” to the University, he is thrilled for her that she will expand her leadership responsibilities in her new role as president.

Toyin Tofade
Ms Tofade received a Bachelor of Pharmacy from the Obafemi Awolowo University, Ile-Ife, Nigeria, a master’s degree in pharmacy practice and a Doctor of Pharmacy (PharmD) degree both from UNC Chapel Hill in 1994 and 1997, respectively.

She completed a residency with emphasis on clinical pharmacokinetics in 1994 from UNC Chapel Hill, and an American Society of Health-System Pharmacy-accredited residency in 1995 at UNC hospitals.

READ ALSO:   Two Mexican Traffickers Nabbed For Trying To Smuggle $90m Worth Of Drugs Into US

A leader in global professional pharmacy organisations, Ms Tofade was appointed in 2020 as president-elect of the International Pharmaceutical Federation (FIP) academic pharmacy section.

On the national front, she was appointed as chair-elect of the council of deans for the American Association of Colleges of Pharmacy in 2020 and has participated on a variety of Diversity, Equity and Inclusion task forces nationally.

She has received numerous awards, including the American Society of Health System Pharmacists (ASHP) 2022 Board of Directors’ Donald E. Francke Medal which honours pharmacists who have made significant international contributions to advance pharmacy practice.

In 2021, her alma mater, University of North Carolina (UNC) Eshelman School of Pharmacy, honoured her with the Pharmacy Alumni Association Distinguished Service Award.