Kanedrick Kingsley Agwu, a Calabar OAP nicknamed Fada Kane, has discovered he did not father his two children after 20 years.

Fada Kane, a staff of FAD93.1 FM Calabar on Friday morning took to social media to publish the DNA results of his two children whom he had with his former lover, Maryann Efa Duke. 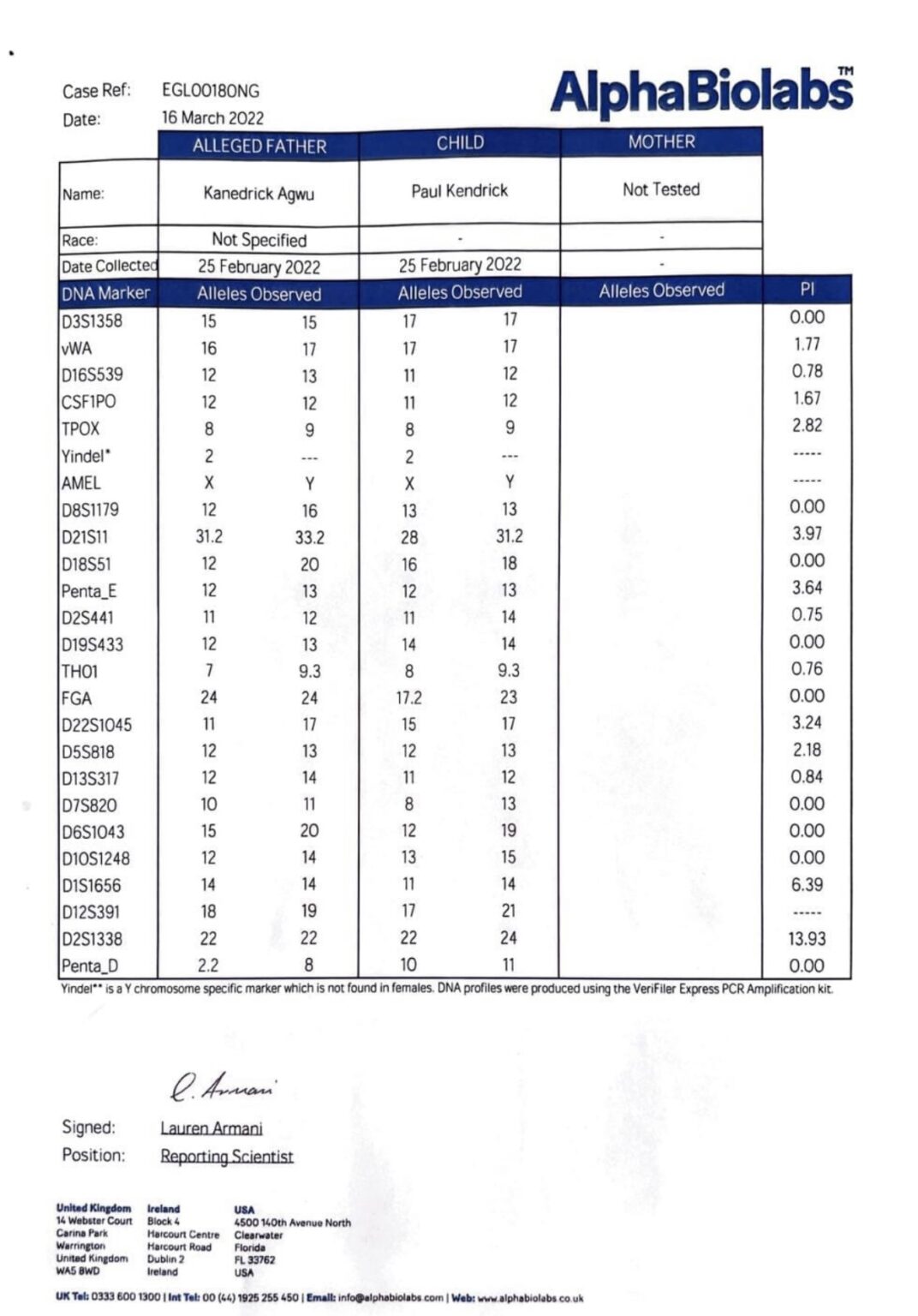 The paternity test conducted by Universal Forensics Corporation showed that the broadcaster had 0.00 per cent chance of being the biological father to the children.

“This is to inform the general public that I, Kanedrick Kingsley Agwu popularly known as Fada Kane is not the biological father of Anthonia Duke and Paul Duke as alleged by one Miss MarryAnn Efa Duke,” the OAP wrote on his facebook wall.

“Attached here are the copies of DNA and court affidavit to further ascertain my claims. MaryAnn Efa and her family are free to contest the DNA results through the court where I too can legally file for damages for such allegations.” 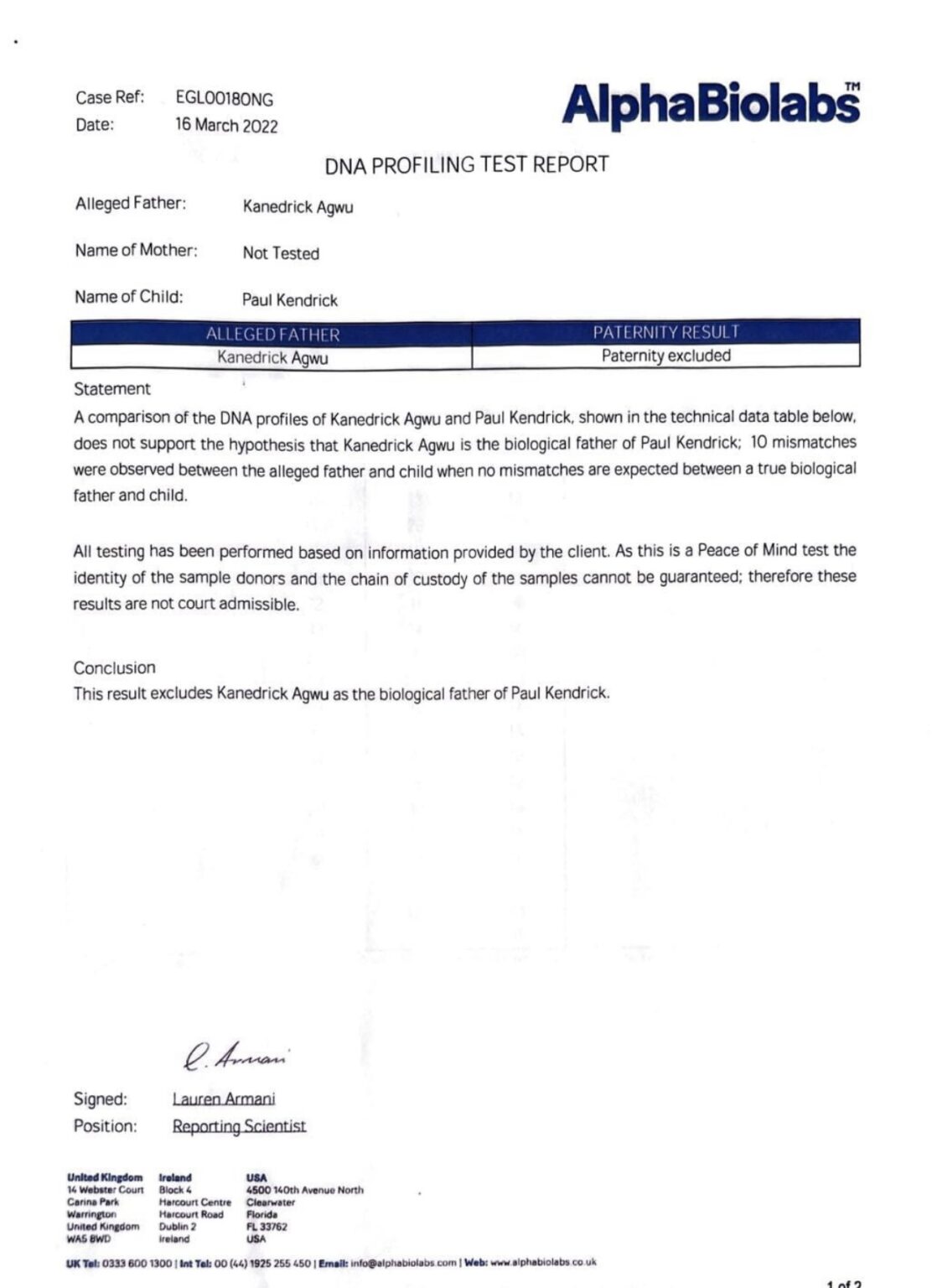 READ ALSO:   JUST IN: Alaafin Of Oyo Does It Again, See What He Did For Queen Omowunmi
Related Topics: