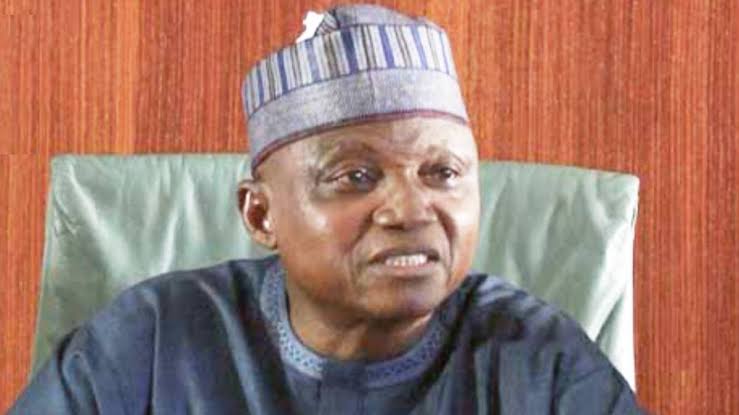 The Presidency has slammed the opposition Peoples Democratic Party, PDP, for its latest statement on the emergence of former Nasarawa State Governor, Abdullahi Adamu as the National Chairman of the All Progressives Congress, APC.

The PDP, while reacting to the emergence of Adamu as the newly-elected national chairman of the APC, told the former Governor to spare a moment to reflect on the corruption charges brought against him by the Economic and Financial Crimes Commission, EFCC, in 2010, for which he is yet to clear his name.

CityNews Nigeria recalls that following the restoration of democracy in Nigeria in 1999, Adamu became a founding member of the PDP, under which he ran for and won the governorship election of Nasarawa State and spent eight years in office between May 1999 and 2007.

Adamu was later charged to court in 2010 by the EFCC, alongside 19 other Nasarawa State officials, with 149 counts of corruption. He was accused of embezzling N15 billion public funds.

While his corruption case with the EFCC was still on, Adamu and ten other PDP senators dumped the PDP and joined the APC on January 29, 2014.

And in a statement signed by Garba Shehu, President Muhammadu Buhari’s Senior Special Assistant on Media and Publicity, the Presidency called the attention of the PDP to the Scriptures that teach of the virtue of sinners who repent and change their ways.

The Presidency said it was wrong for the main opposition to think that some of its members who left [and whose sins have been forgiven and forgotten) for joining the APC, cannot take up leadership positions.

Garba Shehu further suggested that some PDP members, who moved to the APC with the likes of Adamu in 2014, and later returned to the PDP in 2018, returned to their sins, “their old ways.”

He further slammed the media, accusing it of carrying fake news of crisis in the APC.

“What the Convention made clear was how the media has been peddling fake news of division, when the hard reality of unity, cohesion, and indeed personal warmth between members of the party’s leaders – incoming and outgoing – was evident for all to see,” Shehu claimed.

“Of course, the blame for this mindset ought rightly to go to the opposition who in all these years had done the work to only divide the country, leading to all manner of separatist agitations.

“When their fake news of disunity was undone by the facts, some in the opposition could not help themselves but took to the newspapers and the airwaves to find another way to shore up their reputations.

“That some of the APC’s new leadership were once in the opposition was the new line to take to the media, somehow suggesting that those who have left one party should not hold positions in another. Yet, do the Scriptures not teach us of the virtue of sinners who repent and change their ways?

“What the Scriptures say less is of sinners who repent, change their tune, and then choose to re-sin in full public view by returning to their former ways.

“Given that most important leaders of the opposition PDP first left the party before they returned to it, we might expect the media to ensure criticism of them. It is incredulous that anyone would consider them trustworthy or acceptable candidates for any public office.”