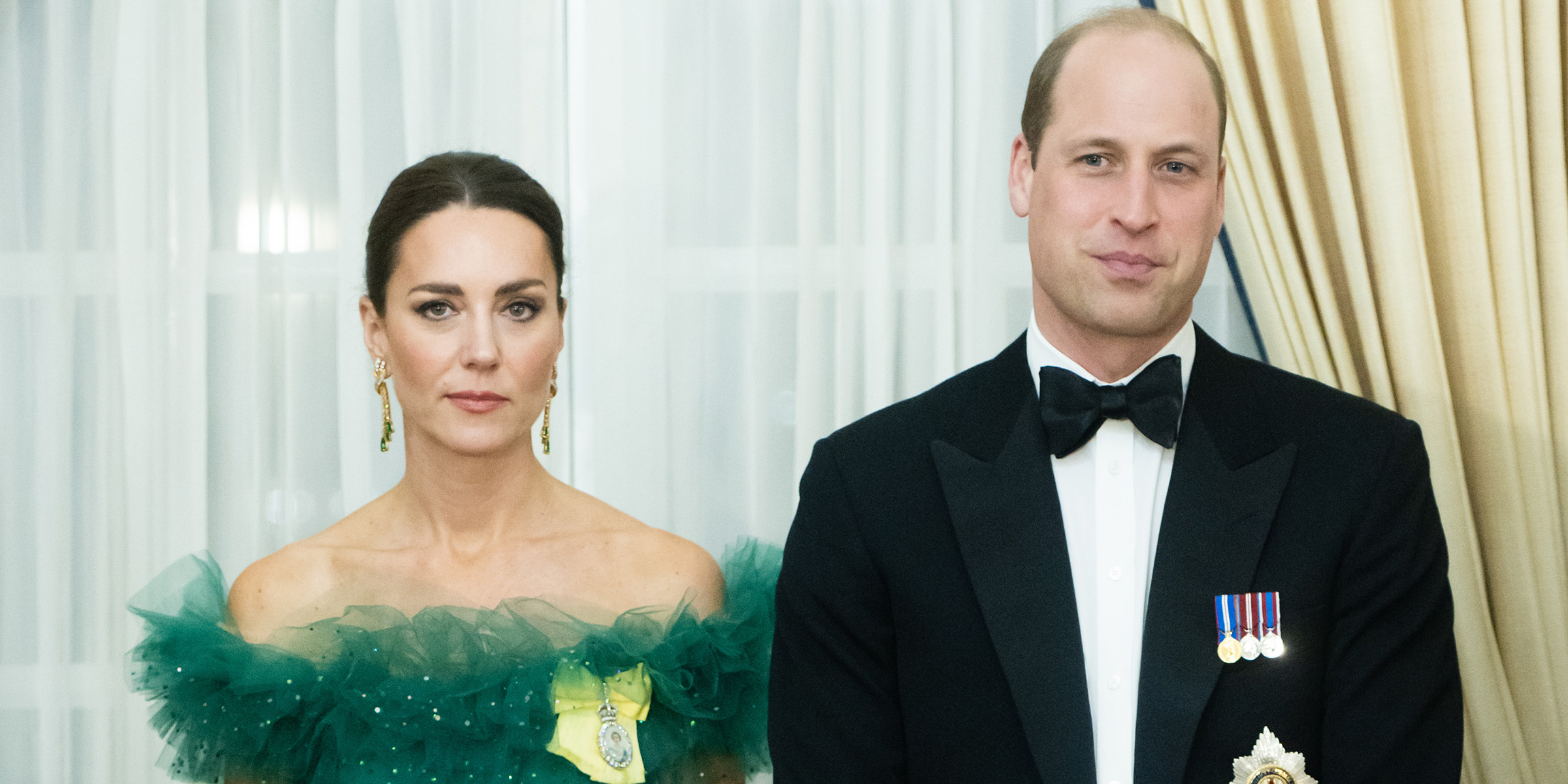 Earlier this month, Prince William and Kate embarked on a three-country tour of the Caribbean as part of an extended royal celebration of Queen Elizabeth II’s platinum jubilee commemorating her 70th year on the throne.

The trip to Belize, Jamaica and the Bahamas — three of the 14 former colonies that officially still count the queen as their head of state — was marred by controversy from the start. The couple was met by protesters at all three stops, and a group of prominent Jamaican leaders released a letter demanding reparations for the “suffering of our ancestors” caused by the monarchy’s legacy of slave trade and colonialism. The young royals were also criticized for multiple unflattering photo opportunities, most notably images of Kate touching the fingers of Jamaican children reaching through a chainlink fence.

The setbacks weren’t limited to bad press. During a public meeting, Jamaican Prime Minister Andrew Holness announced his country is ready to leave the British realm and establish itself as an “independent, fully developed, and prosperous” nation. Belize’s government also recently announced that it was launching a review of potential changes to its own constitution, including whether it should also become independent. Late last year, Barbados officially abandoned the monarchy, becoming the first Caribbean nation to replace the queen as head of state in more than four decades.

Kate and William’s rocky overseas visit comes during a period when the British royal family is reeling from a series of scandals and dealing with questions about its future. A year ago, William’s brother Harry and his wife Meghan raised serious concerns about racism within the monarchy during a bombshell interview that focused on why they had distanced themselves from the family. More recently, the queen’s second-oldest son, Prince Andrew, settled a lawsuit following allegations that he sexually abused a 17-year-old more than two decades ago.

Meanwhile, the royal family, and the British people as a whole, are coming to grips with the reality that the queen’s 70-year reign — the longest in British history — may soon come to an end. The 95-year-old monarch had stayed out of the public eye for months before attending a memorial service for her late husband, Prince Phillip, on Tuesday.

The duke and duchess’s troubled Caribbean trip has reignited a long-simmering debate about what, if anything, the royal family can do to find its place in a world that has become increasingly negative about the monarchy’s past and skeptical about its future.

Many critics argue that the only way for the royals to move forward is to reckon with — and atone for — its brutal history of colonialism, exploitation and enslavement. While in Jamaica, William gave a speech in which he said Britain’s past role in the slave trade “stains our history,” but notably stopped short of apologizing or offering any pledge to make reparations. That omission, some argue, is a sign that the royal family isn’t ready to treat the countries within its realm as equal partners.

Others say that the royal family will continue to see its influence diminish unless it undergoes a major effort to break from its old traditions and embrace a modernized role. Proposed steps to accomplish that include reducing the scope of the monarchy’s formal duties, allowing younger royals to set the agenda and to even shrinking the size of the royal family itself.

Some observers say there’s plenty of reason to doubt that any substantial changes to the monarchy’s approach is forthcoming. The family’s defenders point to polls suggesting that, for all their missteps, the British people still overwhelmingly see the royals as a benefit to their country.

It’s still unclear whether Jamaica, despite its prime ministers comments, will follow through on his pledge to pursue independence. Experts say the matter would need to be put to a nationwide vote before the country could formally leave the British realm. On Sunday, William said the monarchy will respect the choice of any nation that chooses to sever its links to the crown, adding that the “future is for the people to decide upon.”

Unless the royals learn to listen to the people, the monarchy may not survive

“With calls to abolish the monarchy appearing every couple of years, William and Middleton’s role as the faces of the royal family is more important than ever. The survival of the monarchy is dependent on it staying modern and responding to issues that people care about.” — Mikhaila Friel, Business Insider

“Maybe it’s good for the world to see the British monarchy for the symbolic mess that it is, an outdated relic of imperialism. And it provides us an opportunity to bear witness to Black and Indigenous rebellion against the spectacle.” — Karen Attiah, Washington Post

Modern royals must meaningfully atone for the monarchy’s past sins

“In the wake of global movements against racism and colonialism, perhaps it’s finally time for the monarchy to reckon with its history.” — Laura Clancy, Conversation

The decline of the royal family is grossly overstated

“No doubt the Palace will have to work harder before the next royal tour and the royal entourage should be more racially diverse too. But don’t write off ‘The Firm,’ as they’re called, just yet. The appeal of monarchy remains potent; its adaptability to changing times is a hereditary trait.” — Martin Ivens, Bloomberg

The monarchy must become smaller, both in its role and its sheer numbers

“While monarchs in Sweden, Norway, Belgium and the Netherlands were retreating into bourgeois semi-obscurity — where they have wisely stayed — the Queen turned monarchy into a family firm under a blaze of televised publicity. … The single best decision Prince Charles could make on assuming the throne is, quite simply, to abolish the royal family. He should go Scandinavian. Monarchs do not die young. The throne needs only an heir and a spare. The rest of the family should become commoners and lead normal lives.” — Simon Jenkins, The Guardian

Younger royals should be given the power to lead

“[William] and Kate have, month upon month and year upon year, become a glittering asset of which our nation, and the Commonwealth, can be proud. Pretty much, they have followed the path laid down by the Queen, rather than the one pioneered by Charles. … After the bruising he received during last week’s Caribbean tour, William will surely take heed. And when he has more say about the direction the Monarchy is heading, after last week’s shambles, he should be heard.” — Christopher Wilson, Daily Mail

“Is it sensible for an independent country thousands of miles away from Britain to have our monarch as its Head of State? By any rational measure, it certainly is not. And that’s a truth that the royal family do, I believe, acknowledge. … This isn’t the first time a royal tour has run into difficulties, and it certainly won’t be the last. But suggestions that this signals the end of the Commonwealth, or even the beginning of the end, are wide of the mark.” — Jennie Bond, iNews

“There is no longer the forgiveness there once was for the slightly tone-deaf moment. … Times have changed. The Royal Family have in the past been pretty good at changing with them. But not on this tour. And second chances are these days few and far between.” — Jonny Dymond, BBC

There can be no such thing as a modern monarchy

“The idea of a ‘modernised’ royal family is a contradiction in terms. Royalty is mystical and ancient: if it is not magnificent, what’s it for?” — Alex von Tunzelmann, Prospect