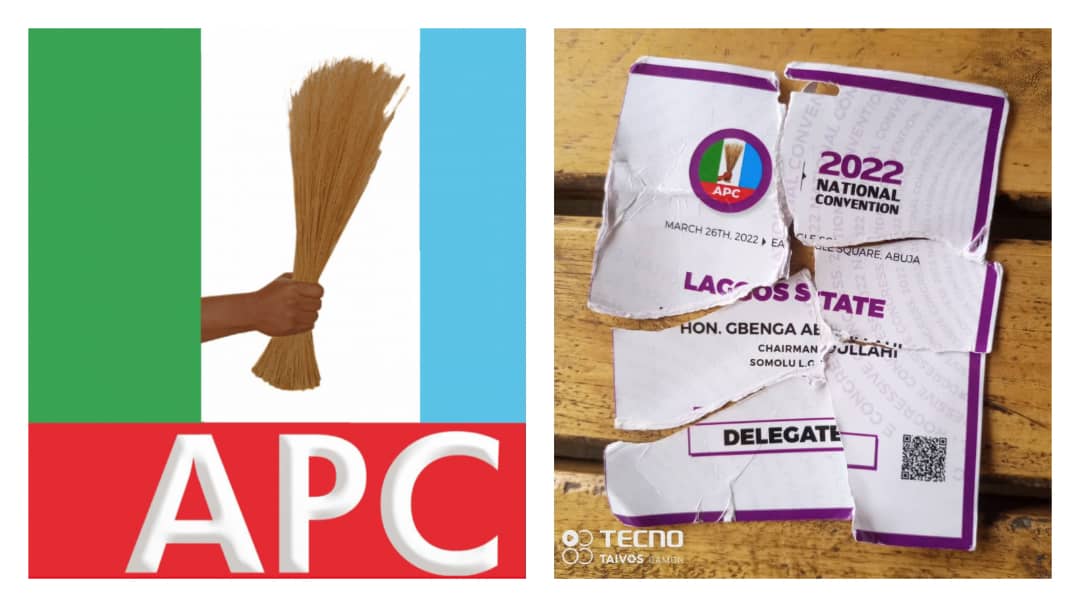 Tinubu has been called upon by aggrieved Lagos APC members over Ojelabi’s excesses.

CityNews Nigeria sources have hinted this online medium that the current Lagos State Chairman of APC is even more disastrous, dishonest, gullible and selfish than the immediate past Chairman, Mr. Tunde Balogun ‘Ballo Dollar’.

CityNews Nigeria reliably laernt that at the Abuja International Conference Center (AICC), Hon. Cornelius Ojelabi was seen changing the Lagos State APC list given to the Accreditation Committee to his own list. At the venue, he also claimed that his own list in Lagos is different from the National list.

Unfortunately for him, all the tags of Statutory candidates and National delegates have been printed, laminated and delivered to the team, but he cunningly persuaded the committee not to honour the National list, but his own.

When the issue was about to boomerang, the committee Chairman immediately pleaded with everyone and asked for more calm, support and patience, and that he would surely see to the root of the matter. The committee Chairman also confirmed to our men that some of the names being called by the State Chairman was totally not on the list.

For instance, in Lagos Mainland, Ikorodu, Kosofe and Somolu/Bariga, he called another names and tried to give another person’s tag to them. In Somolu, the Chairman called the name of one Mr. Olisa and claimed that he was the LGA Chairman as against the authentic name on the list, Mr. Gbenga Abdullahi. He called Mr. Olisa, but intended to hand over Mr. Gbenga Abdullahi’s Tag to him, but for the prompt intervention of some leaders from Somolu Bariga present.

Also, Hon. Cornelius was also heard calling on one Mr. Mejolagbe, claiming he is part of Somolu’s list, this was bursted by the smart Committee Chairman, who immediately checked the list of Somolu, when he discovered his name was not on the list, he immediately retrieved the tag and asked that he leaves. This is height of dishonesty.

CityNews Nigeria gathered that these and many more atrocities were committed by the Lagos State APC Chairman in Abuja, on Saturday March the 27th, 2022.

The patriotic and progressive APC members of Lagos State hereby call on the leadership of our great party at the State and National level, especially our National Leader, Asiwaju Bola Ahmed Tinubu to immediately summon the Chairman, to explain why he was bent on destroying the good image of our party and to portray to the whole nation that Lagos is not stable politically.

This is a humble call to put things in place as soon as possible as any further delay could be more disastrous, as you know vividly that Primary election is fast approaching and we can’t afford to have someone we can’t even trust with a local list to handle the affairs of our State.