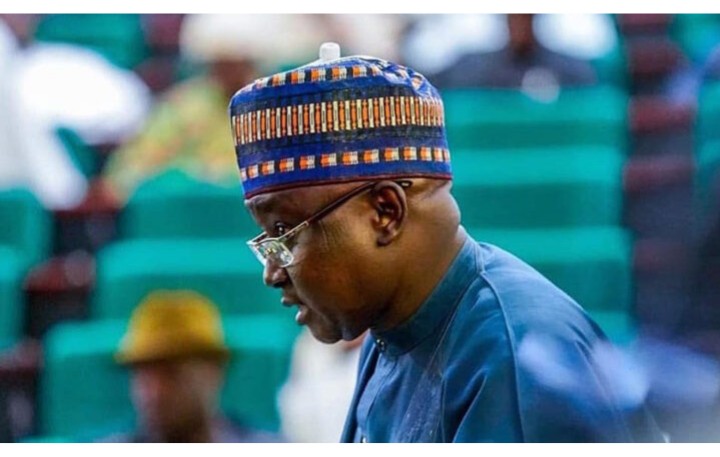 Alhassan Ado Doguwa, majority leader of the house of representatives, says Nigerians should be allowed to take up arms and defend themselves against terrorist attacks. The All Progressives Congress (APC) member from Kano state spoke during the plenary session on Thursday.

Contributing to a motion sponsored by Shehu Balarabe, a Kaduna lawmaker, over killings in his state, Doguwa said there is a “monumental failure” in the security architecture in the country.

“Mr speaker, I arise to speak in the capacity of the majority leader who of course is the ambassador of government on this floor,” he said.

When you have a government in place, the major responsibility of that government, especially a democratic one that was elected by the people, is to ensure the safety of lives and property of the innocent citizens.

“Mr speaker, when things like this continue on a daily basis, those of us who are representatives of the government become speechless. We become speech-less here to defend actions by the govt. This is an elected government, under a popular democracy but day in, day out, there are killings, massacre, armed robbery all over. Left, right and centre.

This is a report from just one local government out of the 774 — Giwa local government, and the case of Giwa is not just a new case. He (mover of the motion) is only giving us the most recent happening. Giwa has been engulfed by banditry and killings in the last two to three years.

“Giwa has fallen coincidentally in a state (Kaduna) where you have the representation of the Nigerian military and other security agencies. Why should this thing continue to happen?

“The government in this case has to rise up to its responsibility. Call a spade, a spade. If it is about funding, each of us here knows we have never had any cause to contemplate funding our security agencies. I believe our relevant committees are following up in terms of implementation of such funding through our budget, their oversight processes.

“Why should things continue this way? We are here for the Nigerian people and we must speak for Nigerian people. We can not sit down here and fold our arms; see our electorate being killed by the day.”

The lawmaker said on account of the “institutional and regimental failure on the part of our security agencies”, Nigerians must be allowed to defend themselves.

“With all sense of responsibility, with all sense of commitment, with the fact that yes, even after this world we shall all rise to answer our fathers’ name in the next world to account for actions. I think Nigerians should this moment be allowed to also take arms,” he said.

“Nigerians must be allowed to take up arms in defence of their innocent souls, defend their hard-earned resources and properties because it is like a monumental failure.

“If the agencies of security have failed, then Nigerians should not be seen as failures. Let Nigerians organise themselves in the way of civil defence. Let them organise and raise defence for their innocent souls because if the responsibility of the government and the security agencies cannot be carried out democratically, then let’s go to the jungle.”