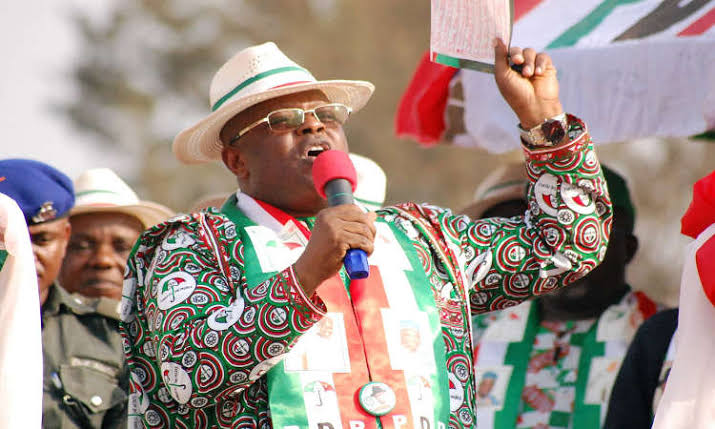 The Appeal Court sitting in Enugu, Friday dismissed the suit filed by the candidate of the All Progressives Congress, APC, Ebonyi State, in the 2019 Governorship election, Senator Sonni Ogbuoji and his Deputy, Chief Justin Ogbodo Mbam, which demanded the Court to declare the seats of Governor David Nweze Umahi and his Deputy, Dr Kelechi Igwe vacant on account of their defection from the Peoples Democratic Party, PDP to the APC.

CityNews Nigeria recalls that on Tuesday, February 28, 2022, the Ebonyi State High Court sitting in Abakaliki, struck out the same suit and awarded N500, 000 as damages against the plaintiff.

In a 37 minutes ruling, the Judge, Justice A.O Belgore dismissed the suit for being inconsistent with the constitution and extant laws of the country.