Lewis Hamilton narrowly missed out on a record-breaking eighth world championship in 2021 after a last-lap defeat to Red Bull rival Max Verstappen in their winner-takes-all Abu Dhabi showdown.

Hamilton, 37, is contracted to race for Mercedes until the end of 2023 as he bids to pull clear of Michael Schumacher’s tally of seven titles. He already holds the record for the most poles (103) and most wins (103) in F1.

Heading into this season, Hamilton commented that he planned to be a “more aggressive driver” this year off the back of his controversial battles against Verstappen in 2021. But F1 legend Berger felt unsure if becoming more aggressive was “the right idea” for Hamilton, hailing his “serenity” on-track.

“I don’t know if he would be aggressive like Max was, if this would work in the right direction,” Berger said.

“For me, it was so clever the way how he sometimes gives way, not to crash, but get it back in another way. I just can see with all the experience Lewis has, he is very serene. He used his chances the whole time. Except Silverstone, he just was perfect.” 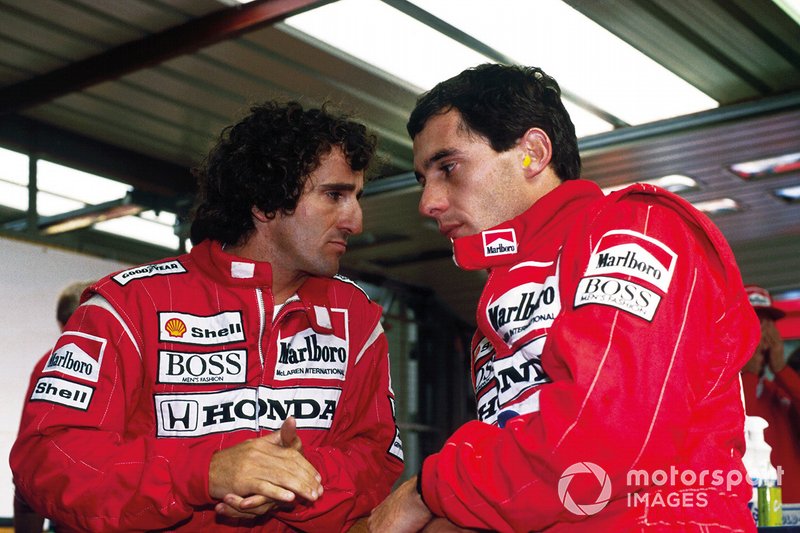 Berger enjoyed a good relationship with three-time world champion Senna during their time together at McLaren, and spent much of his career also racing Senna’s great rival, Prost, who had contrasting styles.

Asked by Autosport/Motorsport.com if he thought Hamilton was more like the methodical Prost than Senna, Berger said he was “somewhere in the middle”, and that Verstappen’s aggression reminded him more of Senna’s approach.

“But at the end of the day, for me, after these 45 years I’ve been around here, Lewis and Senna are the two best I have seen.

“But I still put Senna as number one. Because the charm of Senna and the personality of Senna was another level. But on the sporting side, I think Lewis is as good as Senna was.”

Berger felt that Verstappen “had to be aggressive” when fighting Hamilton for the title last year “because Lewis’s car was better”. He was curious to see if the Dutchman’s approach might change in 2022.

“This year, if the car is the best car, maybe he is going to adapt himself, or he going to do it in a different way, because he maybe doesn’t need to have this aggression,” Berger said.

READ ALSO:   Top Movies To Watch-out For On Netflix This February

“Because when you’re that aggressive and it doesn’t work out, and you touch each other, or you go out of the race, it hurts.

“Sometimes it’s better [to do] what Lewis [did] last year, to say OK, for me is worse if I lose this race some points, because I’m going to get it back another way. It’s all about how good your package is.”