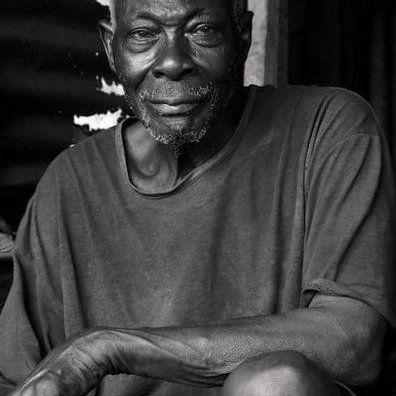 Being a lovable rogue bodes perfectly well for this unusual character. He is the man who doesn’t really care for much – but just enough to fill-up his Agbegilodo tank, take care of his lovely wife and his two beautiful kids- and just about enough in his pocket to allow him travel from point to point – causing trouble but making sense while riding shotgun with any of his local friends.

His perspectives are always deep – atimes ridiculously deep or brilliantly deep some other times- all depending on what sides of the spectrum you’re checking him out from.

Not given to primordial greed, or have a worry about enlarging his coast. He is perfectly satisfied with his localized ambition – such ambition that is sequestered between the trident towns of Fiditi-Dagbolu-Gárééjí-Olúọ́dẹ.

There’s much to really learn from such a rugged, illiterate, sensitive, wisecracking, opinionated Redd Foxx meets Don Rickles- type character who lacks the innate desire to be no one else but himself.

You would have thought Odolaye Bàá Waki Aremu, the daring rogue that tags himself was indeed a Superstar yesterday. Year in, year out folks always invent beautiful ways to show their love for the character annually on his birthday. Each year – you blow his mind. You make him go speechless. You disarm him with your love, and you wholesomely accept him – even with his salty mouth, his sometimes filthy words, his crazy, cantankerous nature – most importantly for his imperfections and for that unusual courage to stand to fight unwinnable battles.

I sincerely thank you friends!