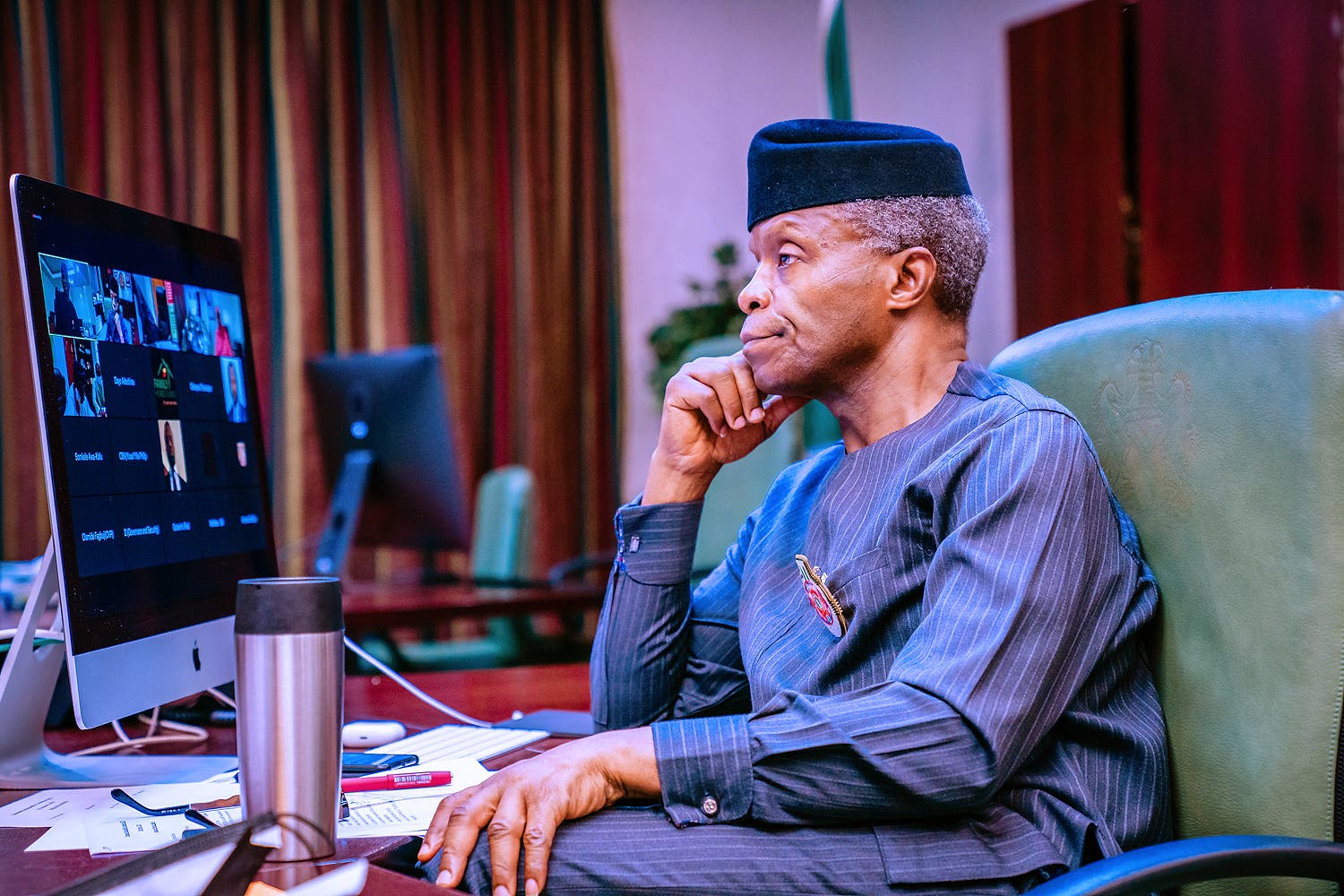 Despite being a cardinal part of the President Muhammadu Buhari-led administration, Vice President Yemi Osinbajo, had on multiple occasions, made conscious efforts to dissociate himself from the failures of the administration.

This was someone who combed the length and breadth of Nigeria, taking the gospel of the All Progressives Congress to market places and all. It will be hypocritical for that same person to share in the successes of the administration but alienate himself from the failure of the same government.

Perhaps, this is one out of the many hypocrisies of the Vice president. It is now obvious that Osinbajo wants to take over the Presidency under the same party led by his boss.

But that’s not the focus of this piece. A recent occurrence that further confirms the falsehood, which is now a new modus operandi, is the way he shunned the birthday celebration of his former boss, Asiwaju Bola Tinubu.

It should be noted that he served as the Attorney-General of Lagos State and Commissioner for Justice for the period Tinubu governed Nigeria’s commercial nerve. Apart from their relationship, it is worthy to note that Osinbajo rode to the Presidency on the wings of Tinubu, who nominated him to be Buhari’s running mate in 2015.

However, it’s no longer news that Osinbajo is nursing an ambition to succeed Buhari in 2023 despite his former boss’s interest in the same office. Although eligible for the race, political analysts likened the act to “biting the finger that once fed him”.

Osinbajo could not attend the annual colloquium in commemoration of Tinubu’s 70th birthday. But rather than stand by his decision, he blamed the attack on the Abuja-Kaduna railway for his absence at the event.

“On his way to Lagos for the 13th Tinubu Colloquium marking former Lagos State Gov’s 70th birthday, VP had to detour to Kaduna this afternoon on receiving news of the extent of human & material losses occasioned by yesterday’s dastardly attack on the Abuja-Kaduna railway route,” his aide, Laolu Akande, wrote.

But sources said the Vice President had no intention to attend the event initially and had to use the incident that had occurred 15 hours earlier to save the situation.

There is a high-level of preparation that goes into the VP visiting anywhere, which is usually heralded by an advanced team of security operatives. Strangely enough, there was no advanced team seen. This has also been corroborated by people who were at the event in person. They were not there.

Insiders claim the VP’s flight manifest was from Abuja to Kaduna. So, why the ‘cover up’?

This and many other questions begging for answers point in the direction that the Vice President’s ambition is shrouded in falsehood. However, the great concern is, “How many more ‘stories’ have we been told?”