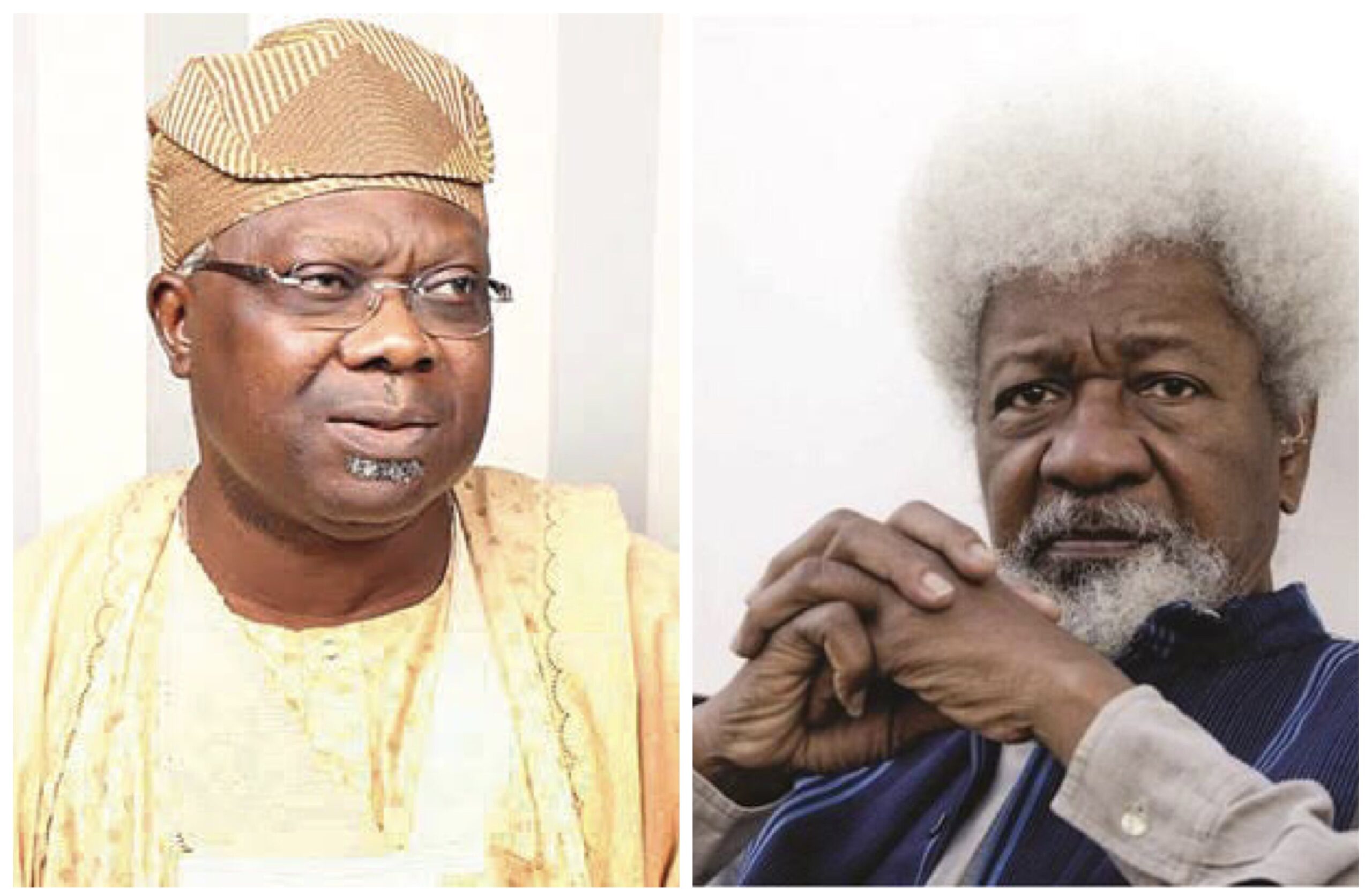 The All Progressives Congress (APC) National Secretary, Sen. Iyiola Omisore has replied Nobel Laureate, Prof. Wole Soyinka who stated that he’s unfit to be the ruling party’s national secretary for allegedly being “one of the prime suspects” in the murder of Bola Ige, a former attorney-general of the federation (AGF).

Soyinka had said in a statement released last weekend that Omisore’s endorsement as APC Secretary by President Muhammadu Buhari would tamper with judicial inquiries into Ige’s death.

Omisore who fired back at the nobel laureate asked why he would still be referred to as a prime suspect despite being cleared by the court. He further described this as “an unnecessary propaganda some drowning politicians are trying to spread.”

He also said that “civil and criminal law knowledge should tell professor to ask his cousin,  OBJ for the murder.”

“If the court of the land has vindicated a man, it is naive of him after nearly a decade to link Senator  Iyiola Omisore to further search.

“The world is aware of the framing of Senator Iyiola Omisore and his travails and trials facing murder charges and his subsequent acquittal and discharge, almost a decade ago by a competent court of the land.

“So, how come any man, can still refer to him as a possible suspect? The Prof is very wrong to say all that. It takes wickedness to spread the statements.”

Omisore added that even though not all Soyinka’s intervention in national life has produced the expected outcome in the long run, society has continued to hold him in esteem.

“It is part of history and we are not too young, when we read of him, that professor too carried a gun into a Radio station; a criminal offense against the state. Yet, we continue to honour him.

“Can we also forget that Prof was appointed the chairman of education summit that gave birth to a single uniform for all secondary and primary schools and Opon Imo, during the tenure of Rauf Aregesola as governor of Osun State. A failed Education Policy that history will not readily forget.

“So, at 88, it’s better for him to stay clear of politics and not allow drowning politicians to use him to fight a cause he knows nothing about. It is a subtle warning to the respected Nobel Laureate.”

The APC national secretary also recalled that in 2004, Soyinka, who was 70, accused the Obasanjo government of complicity in the death of Ige by referring to the government as a “nest of killers”.

He lamented that, in April, 2022, the Nobel Laureate, who is now 88, is complaining about his choice as National Secretary. He also regretted that Soyinka, once attacked another Yoruba son, Gbenga Daniel, a former two-term governor of his native Ogun State.

Omisore maintained that the record shows that he and others were tried for two and half years and later discharged and acquitted by the court.

“The recent volte face of Soyinka on the Bola Ige matter gives one a cause for concern. First, I was not a member of cabinet in Obasanjo’s government and second, a court of competent jurisdiction had set me and others free after a grueling two and half years trial with N2 billion damages awarded still unpaid by the state government.

“Besides, why has Omisore/Bola Ige matter become an issue of campaigns and elections deliberately used by Omisore’s opponents to undermine his influence?

“Or, are some people who are worried by the erudite and strong personality and capacity of Omisore as National Secretary using Soyinka to settle scores or pursue their political ambitions?

“Politics is a game and an avenue to serve and the Nobel Laureate can throw his hat in the ring if he so wishes instead of making unsubstantiated claims and causing confusion here and there, acts, that don’t befit his international recognition as an elder and statesman.”