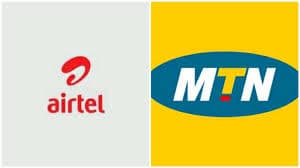 The Mobile Telephone Network (MTN) and Airtel Nigeria have given the reasons they barred some of their subscribers from making calls, as they apologised for the restrictions.

This was confirmed by the statements the telcos issued via their Twitter handles on Tuesday.

According to the companies, the restrictions were implemented due to the directive of the Federal Government, asking telcos to bar SIMs that are not linked to NIN from outgoing calls.

What MTN is saying about barred calls

It stated, “Y’ello. We apologize for any inconvenience caused you. The communication to implement restrictions on outgoing calls for customers who have not linked their National Identification Number (NIN) to their SIM is a directive from the Federal Government.”

What Airtel is saying

It stated, “Hello, please note that the NCC has directed all MNOs to bar lines not yet linked to NIN.”