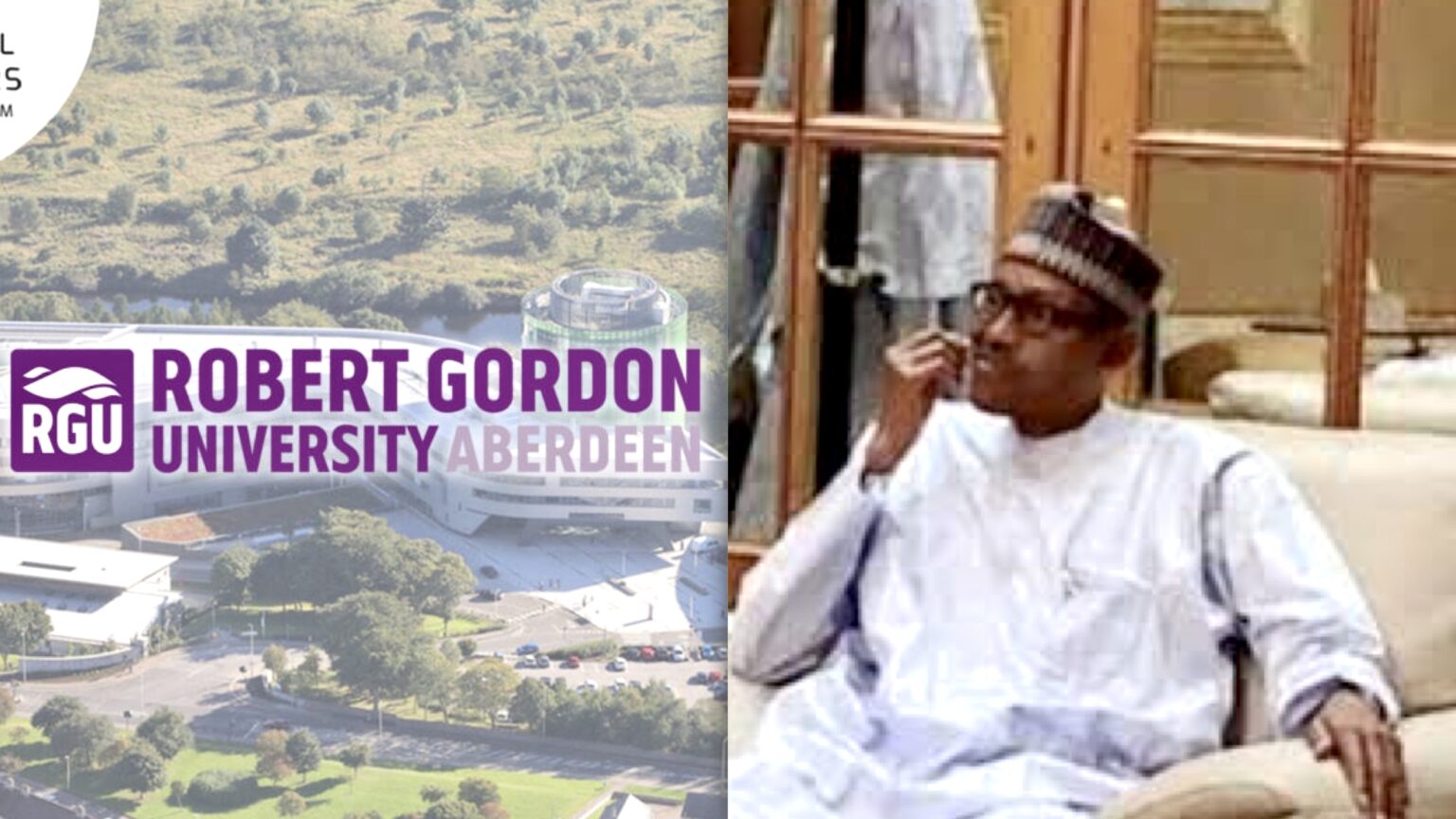 A prestigious Scottish university has confirmed illustrating bad leadership with a photo of President Muhammadu Buhari picking his teeth amidst rising poverty and insecurity across Nigeria.

“The video,” the school said, “demonstrates the lecturer summarising the results of a student-led discussion around various examples of leadership.”

“RGU is committed to upholding the academic freedom of its staff,” the Aberdeen-based institution added.

The statement came days after a video of the lecture where Mr Buhari was used to illustrate bad leadership circulated online. The Gazette learnt that the RGU students drawn analysed pictures of Mr Buhari, especially the one in which he was picking his teeth, and concluded that he bore the traits of a lazy, insensitive president.

The infamous photo, which emerged as chaos and deprivation pummelled the Nigerian masses, was released by his office on August 5, 2019, to disparage citizens demanding the immediate release of Omoyele Sowore.

The Sahara Reporters publisher and prominent critic of the Buhari regime had been seized three days earlier from his Lagos apartment by agents of the brutal State Security Service (SSS).

It showed the president on a sofa, picking his teeth, presumably after a meal. The outer pair of his native baban riga clothes hung nearby, while the reflection from the glass shelves showed he was watching himself on television.

The picture subsequently earned the Nigerian leader a constant and widespread derision and became a catch-all for social media memes.

Critics said the picture buttressed Mr Buhari’s enduring public perception as a selfish and incompetent president. His associates and family members have been accused of benefitting immensely through corrupt deals.

His nephew, Tunde Sabiu, has gained increased reputation for stashing billions away in public loot. The president’s son, Yusuf, crashed a motorbike worth more than N100 million in Abuja. The president’s wife, Aisha, and other children have since moved abroad, where they live large on the resources of a country designated as the world poverty capital.

The presidency did not return a request seeking comments about the GRU lecture. But the president has repeatedly claimed to be managing Nigeria effectively and denied harbouring corruption within his administration and family.