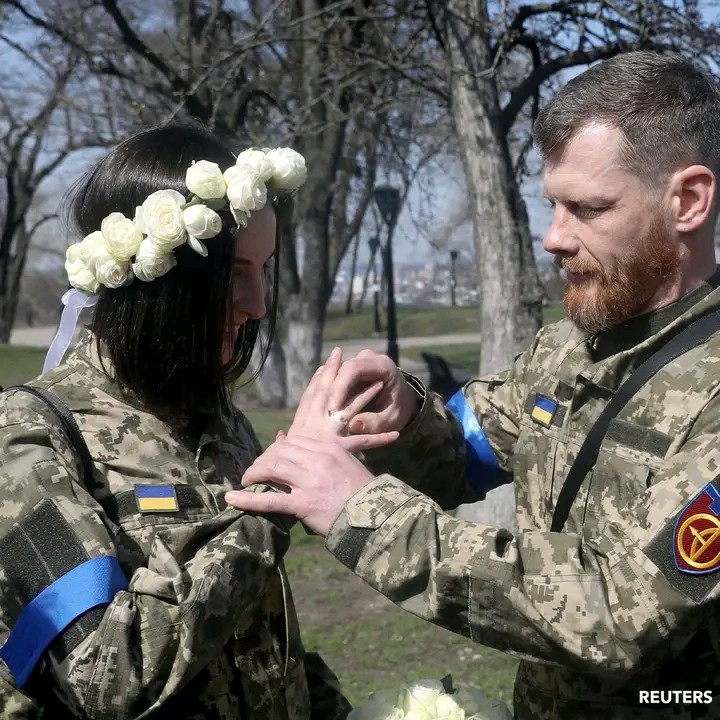 Two members of the Ukrainian Territorial Defence Forces have married on the frontline as Russian troops withdraw from the north of their country.

Anastasiia, 24, and Viacheslav, 43, put aside the war for a few hours to make their vows in a city park in Kyiv, wearing their army combats with weapons draped over their shoulders.

To become more like a bride, Anastasiia wore roses in her hair and clutched a bouquet to walk down a makeshift aisle followed by their fellow soldiers.

The newlyweds showed off their wedding bands shortly after the ceremony, posing for photos in the sunshine amid a break in Russian shelling.

Advertisement
READ ALSO:   Missing flight MH370 with 239 passengers and crew was 'brought down by a murder suicide plot'

It comes as the Ministry of Defence says Russian forces have “fully withdrawn” from northern Ukraine to Belarus and Russia.

An update posted on social media added: “At least some of these forces will be transferred to East Ukraine to fight in the Donbas.”

Vladimir Putin’s forces have taken considerable losses since being ordered to invade on 24 February.

Despite repeated claims from the Kremlin that their war is “going to plan”, Putin’s spokesperson admitted on Thursday that their forces have suffered “significant losses”.

Exact figures have not been confirmed, although last month a Nato source put the numbers of Russian soldiers killed at between 7,000 and 15,000.

Dmitry Peskov told Sky News: “We have significant losses of troops and it’s a huge tragedy for us.” 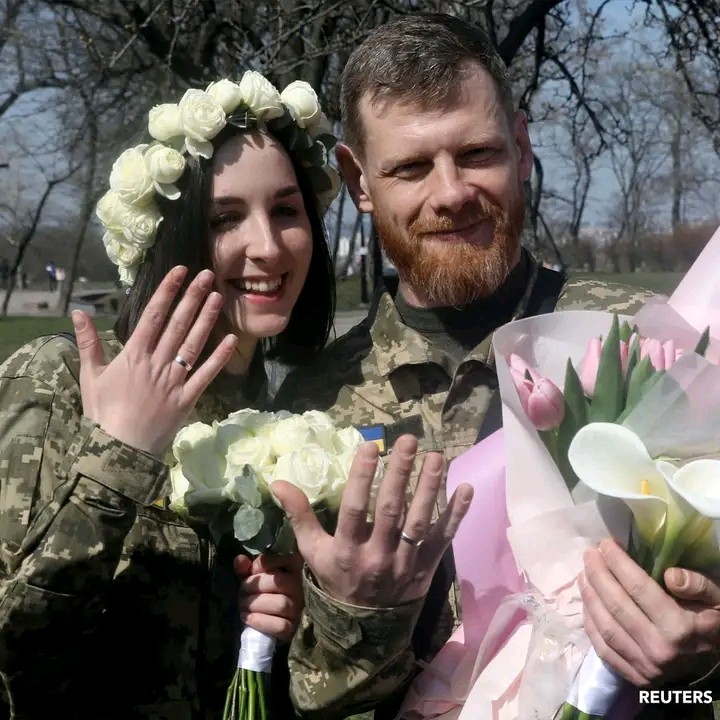 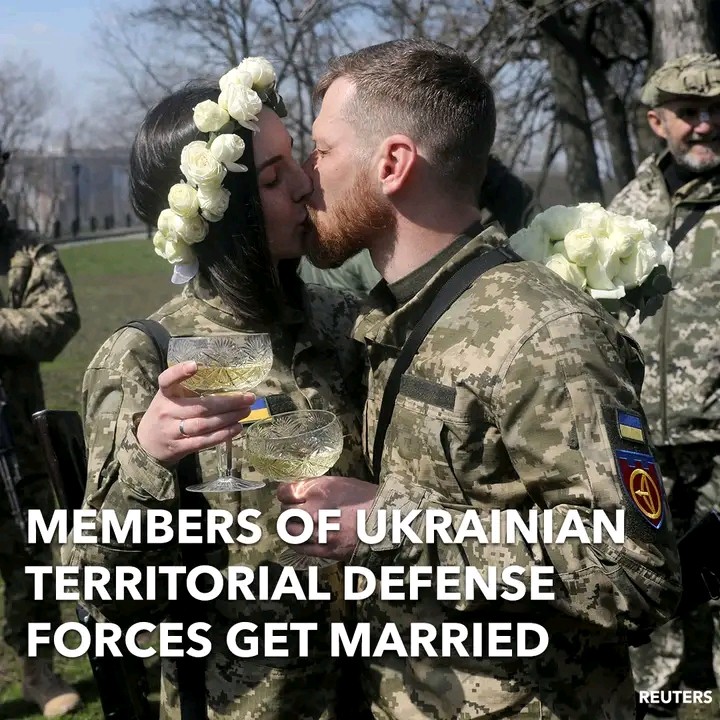