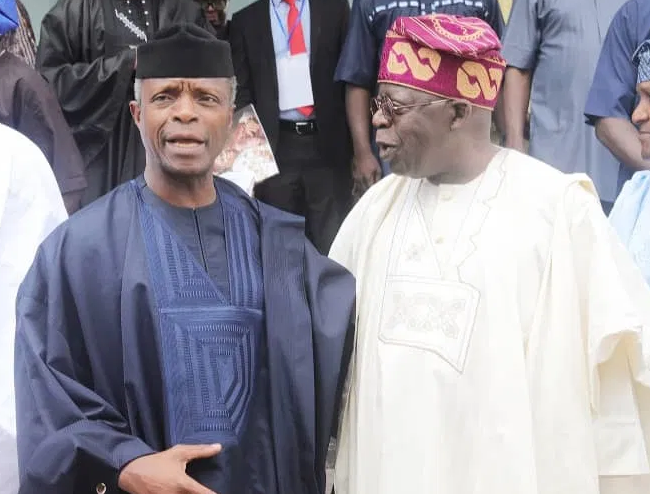 A chieftain of the All Progressives Congress (APC), Joe Igbokwe, has asked Vice-President Yemi Osinbajo, to “show respect and withdraw from the 2023 presidential race”.

The Publisher Nigeria reports that after many speculation, Osinbajo finally declared to run for president, ending months of tepid denials.

The VP will be squaring up against APC heavyweights including his political benefactor and former governor of Lagos State Bola Tinubu; Transportation minister Rotimi Amaechi; former governor of Imo State Rochas Okorocha; and governors of Kogi and Ebonyi states, Yahaya Bello and Dave Umahi. 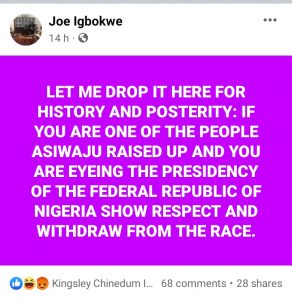 “Let me drop it here for history and posterity: If you are one of the people Asiwaju (Tinubu) raised up and you are eyeing the presidency of the federal republic of Nigeria, show respect and withdraw from the race,” Igbokwe wrote on his known Facebook page.

Osinbajo served 8 years as attorney-general and commissioner for justice in Lagos State when Tinubu was the governor between 1999 and 2007. He was nominated as the running mate to Muhammadu Buhari in December 2014, the then-candidate of the APC for the 2015 presidential election.

Osinbajo has since served about seven years as vice president to President Buhari, whom he described as a “true Nigerian patriot”.