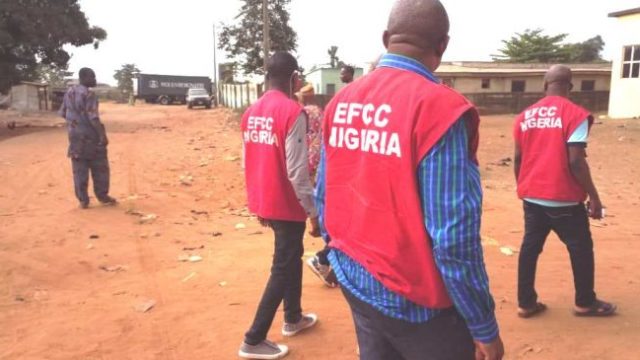 The Economic and Financial Crimes Commission, EFCC, has denied arresting the immediate past First Lady of Anambra State, Eberechukwu Obiano.

EFCC said the wife of former Governor Willie Obiano of Anambra State, is not in its custody.

The social media was agog with reports that the anti-graft agency had arrested and detained Eberechukwu for alleged fraud.

Reacting to the report, spokesman of EFCC, Wilson Uwajaren, dismissed such claims.

“Eberechukwu not in EFCC’s custody,” he said.

Recall that Obiano was arrested shortly after he handed over to his successor, Charles Soludo.

The immediate past governor was arrested at the Murtala Muhammed International Airport, Lagos, about a month ago.

READ ALSO:   Super Bowl 2021: Start Time, How To Watch The Livestream, Halftime Show And For FREE

Meanwhile, the former First Lady had signified her interest to run for the Anambra North Senatorial District, under the platform of the All Progressives Grand Alliance, APGA.