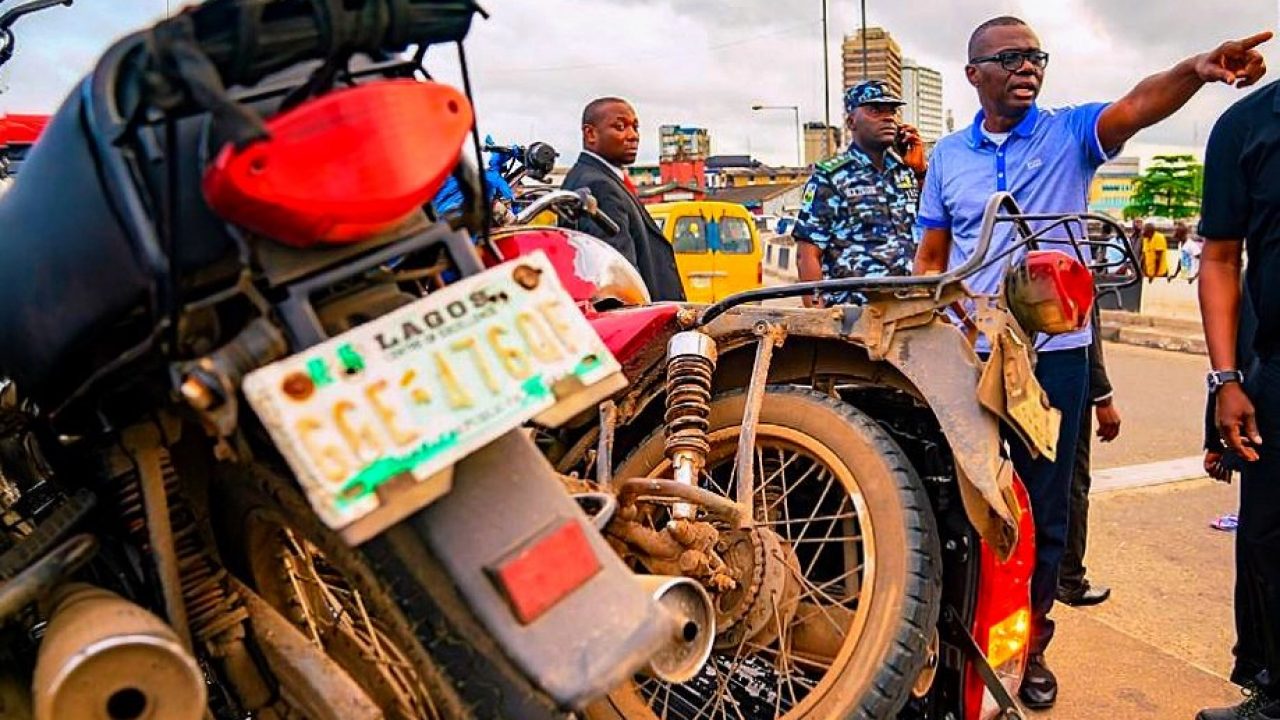 The seizure of commercial motorcycles by the Lagos State Task Force will continue, despite the June 1 deadline issued by Governor Babajide Sanwo-Olu for them to leave six Local Government Areas. The six local governments are: Eti-Osa, Ikeja, Lagos Island, Lagos Mainland, Apapa and Surulere.

The deadline does not invalidate the provisions of the Lagos State Transport Sector Reform Law of 2018, which states that “no persons shall ride, drive or propel a motorcycle or tricycle on a major highway within the State, and any person in contravention of this provision commits an offence” and will be made to face the wrath of the law.

The Lagos State Task Force, led by CSP Shola Jejeloye, has continued to enforce the law. It seized 238 motorcycles in Lekki on Tuesday and Wednesday. In Iba on Lagos-Badagry Expressway, where it was violently resisted today, the Task Force seized 195 motorcycles. The riders were operating on highways and bridges in flagrant disobedience of the law because, according to them, they are free to ply unauthorized routes till June 1. This is wrong. The February 1, 2020 directive has not been reversed. The enforcement was weakened by COVID-19, which affected all areas of life. Now, the action is being reinforced.

The government praises Lagosians who have come out to support the ban on commercial motorcycles in the six local government areas, which Governor Sanwo-Olu has described as the “first phase” of the action triggered by safety and security concerns.