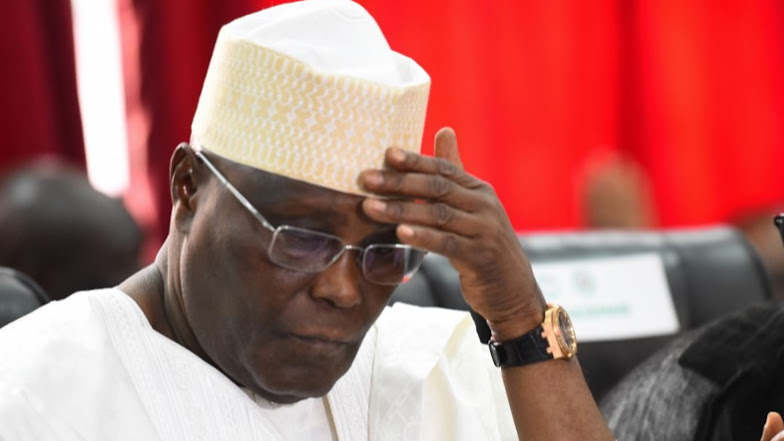 The Publisher Nigeria reports that Atiku won massively with a total vote of 371 to emerge as the 2023 Presidential candidate of the opposition Peoples Democratic Party (PDP).

Kperogi in a post on his Facebook account on Sunday opined that Atiku cannot defeat the ruling All Progressives Congress (APC) in the 2023 election because the exercise has been predetermined.

He alleged that the ruling party would win the 2023 general elections just like it did in 2019 because the votes of Nigerians will not count.

Kperogi alleged that the Independent National Electoral Commission (INEC) is controlled by the APC and President Muhammadu Buhari.

The media scholar also claimed that the extension of the deadline for the conduct of parties’ presidential primaries was in response to Buhari’s instruction.

He wrote: “With the help of Aminu Tambuwal, Atiku Abubakar has defeated Nysom Wike to win the PDP presidential primaries. I’ve seen people exultingly proclaiming that Atiku will give APC a bloody nose in 2023. That’s misplaced optimism.

“Your votes won’t count—like they didn’t in 2019—because INEC is anything but independent. It’s a dutiful, grovelling poodle of APC and Buhari and has no capacity or willingness to provide a level playing field for all contestants.

“I think there’s no point wasting billions to hold a presidential election whose outcome is already predetermined. INEC’s last-minute extension of the electoral timetable in response to Buhari’s instruction is all the evidence you need to know that the 2023 election has already been decided. I hope I’m wrong.”