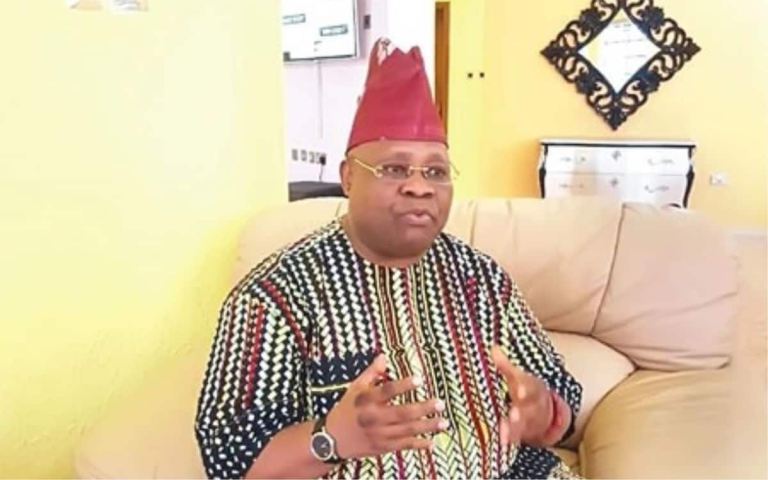 As the July 16 governorship election of Osun State draws near, the race like it happened in 2018 has been narrowed down to two major contenders; incumbent Governor Adegboyega Oyetola and Senator Ademola Adeleke.

Undoubtedly, Ademola Adeleke who only became a politician by accident some five years ago after his brother and political patriarch of the Adeleke Family in Osun State, Senator Isiaka Adeleke died put up a good show that unsettled the then outgoing administration of Ogbeni Rauf Aregbesola who had to invite political heavyweights to help solve the riddle of not losing the state he meticulously laboured on for eight years to a ‘jester’. That explains why the APC courted the man who now holds sway as the party’s General Secretary, Iyiola Omisore whose bloc votes in Ile Ife as the Social Democratic Party (SDP) governorship candidate helped broke Adeleke’s weighty back.

However, four years has passed and the electoral atmosphere in Osun has changed. Oyetola is now a force in the state. His performance has endeared him into the hearts of many and that explains why he survived the tsunami that nearly upturned the state during the buildup to the APC governorship primary in the state. He not only won, but won overwhelmingly despite the force put up by the immediate past governor and now Minister of Interior, Ogbeni Aregbesola to install another aspirant on account that Oyetola did not carry him along with governance in the state. Therefore the PDP will be shooting itself in the leg if it hopes that it can ‘cash out’ on the political uncertainty that obtained pre-2018 within the ruling party in the state that allowed Ademola Adeleke easy access to almost becoming a governor.

Aside the initial ‘spoiler game’ played by another of the Adeleke sons, Bamidele to contest the PDP governorship ticket which almost torn the family apart with super star David ‘Davido’ Adeleke taking sides with his uncle, Ademola, there has been intense calls for the party (PDP) not to field Ademola.

In a letter dated January 27, 2022, those against the flag bearer forwarded a petition to the national chairman, Dr. Iyorcha Ayu, alerting him to certain dangers ahead. They anticipated litigation, unless certain issues about eligibility of the flagbearer are resolved.

A group, ‘Concerned Members of PDP in Osun State,’ had appealed against the decision of the National Working Committee (NWC), which gave Adeleke the nod to stand as candidate, following the reports of the screening and appeal committees.

Earlier on January 10, 2022, the group, led by Akinloye Adeyi, had written a petition to the Osun State Gubernatorial Screening Committee.

Copies of the petition were sent to the chairman and members of PDP Board of Trustees (BoT), chairman of PDP Governors’ Forum, Oyo State Governor Seyi Makinde and other PDP governors, Deputy National Chairman (South) and Vice Chairman (Southwest).

But, the group lamented that the petitioners were not invited by the Screening Committee to substantiate and prove their allegations against Adeleke. Thus, the flag bearer was not confronted with the allegations.

According to the group, the allegations were not properly scrutinised and evaluated by the Screening Committee, adding that the committee came to the wrong conclusion that when the petition was reviewed, it was found to be speculative.

However, the committee in a response said the allegations had been determined by the court, which discharged and acquitted the aspirant.

They (Appeal Panel) unanimously agreed that the petition had failed to address substantial issues to warrant the disqualification of the senator. It also stated that Adeleke has the constitutionally required educational qualification to contest the election.

It is not on record if Adeleke has any basic skill needed to manage the diversities of the over 4.7 million (as of 2016) population of the state. His only selling point might be his dancing skills, relationship with one of the biggest music artiste out of Africa David ‘Davido’ Adeleke and his Adeleke lineage. His stay in the ninth Senate (to complete his late brother’s term) which would have broadened his grip and understanding of governance was short-lived by his desire to govern Osun.

The senator who relocated to the United States almost immediately after losing his first attempt at the governorship election in 2018 did not include any certificate apart from the O’Level certificate of May/June 1981 from Ede Muslim High School, Ede, Osun State.

However, in what appears like a premeditated reinforcement in 2022, the former senator added a ‘High School Diploma’ from Penn Fooster High School and Bachelor of Science degree in ‘Criminal Justice’ from the Atlanta Metropolitan State College without a stipulated time of commencement and completion. Interestingly, both schools are United States based and the programmes were started and completed in 2021 according to the information he provided. How that is possible is still a mirage until appropriate agencies of government launch investigations.

While the PDP maybe highly desirous of winning the state, however, fielding questionable candidates is not the way to go. Even if the APC loses the state to the PDP in July, the party (APC) will explore all the legal loopholes in Ademola Adeleke’s candidacy and the court might surprisingly favour the party. It has happened before in Nigeria and elsewhere. It might happen again in Osun.