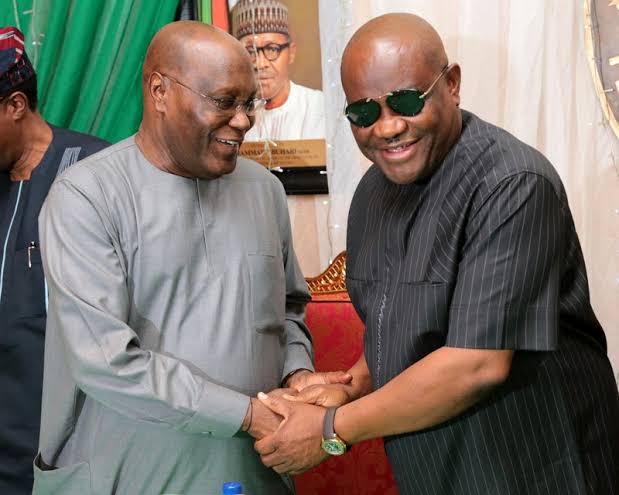 The Peoples Democratic Party (PDP) has denied reports that Governor Nyesom Wike of Rivers State has emerged as the running mate to the party’s flagbearer, Atiku Abubakar.

The National Publicity Secretary of the PDP, Debo Ologunagba, made this known in an interview on Arise News on Wednesday.

CityNews Nigeria earlier reported that the PDP committee set up to recommend a Vice-presidential candidate for Atiku has reportedly picked Wike as his running mate.

While picking Wike as its first option, the panel said the governor as the vice-presidential candidate will do better for the ticket than his other challengers.

Other candidates considered for the PDP presidential ticket are Governor Ifeanyi Okowa of Delta State and Governor Udom Emmanuel of Akwa Ibom State.

But according to Ologunagba, the report that Wike had been chosen as the running mate to Atiku is just mere rumour and speculation.

He stated that the PDP would announce the running mate to its presidential candidate after the panel constituted to look for a suitable candidate is done with its assignment.

The PDP spokesman said the party would let Nigerians know who has been chosen as Atiku’s running mate at the appropriate time.

Ologunagba added that the committee saddled with the responsibility of picking the vice-presidential nominee will be meeting this morning (Wednesday) on the choice of a suitable candidate.