The National Basketball Association (NBA) annual Draft 2022 took place in Barclays Center in Brooklyn, New York. This year’s draft was the 76th edition of the annual draft, and it included 58 selections.

Ochai Agbaji of Nigerian heritage emerged in this year’s annual draft with No. 14 pick after he led Kansas to their first NCAA Men’s Division I Basketball Tournament since 2008. The 22-year-old Nigerian-born was selected by Cleveland Cavaliers joining another rising star of Nigerian heritage, Isaac Okoro in the team who was selected in the 2020 NBA draft.

Other Africans selected in the NBA 2022 draft are Yannick Nzosa of DR Congo with No. 54, Khalifa Diop of Senegal with No. 39, and Christian Koloko of Cameroon with No. 33.

What they are saying about the draft

“I just want to thank the organization and Cleveland for drafting me, believing in me,” Agbaji said Thursday night from the Barclay’s Center in Brooklyn. “I’m going to give you 110 percent every single day and a positive attitude. I’m going to be a hard worker. Come in, be humble and represent my city well.” 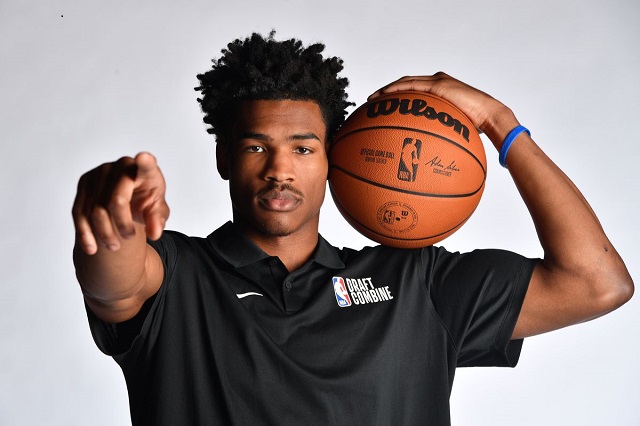 “The shooting piece was important,” president of basketball operations Koby Altman said. “The fact he can play wing, the fact he can guard wing is great. I don’t know if that went into it so much as the need for shooting.”

“I don’t want to put him on a pedestal and say, ‘This is the next great wing that we draft.’ But maybe it is. I do know that he fits a need right away and he’s going to compete and he has that winning pedigree that we really like,” he added.

What you should know about Ochai Agbaji