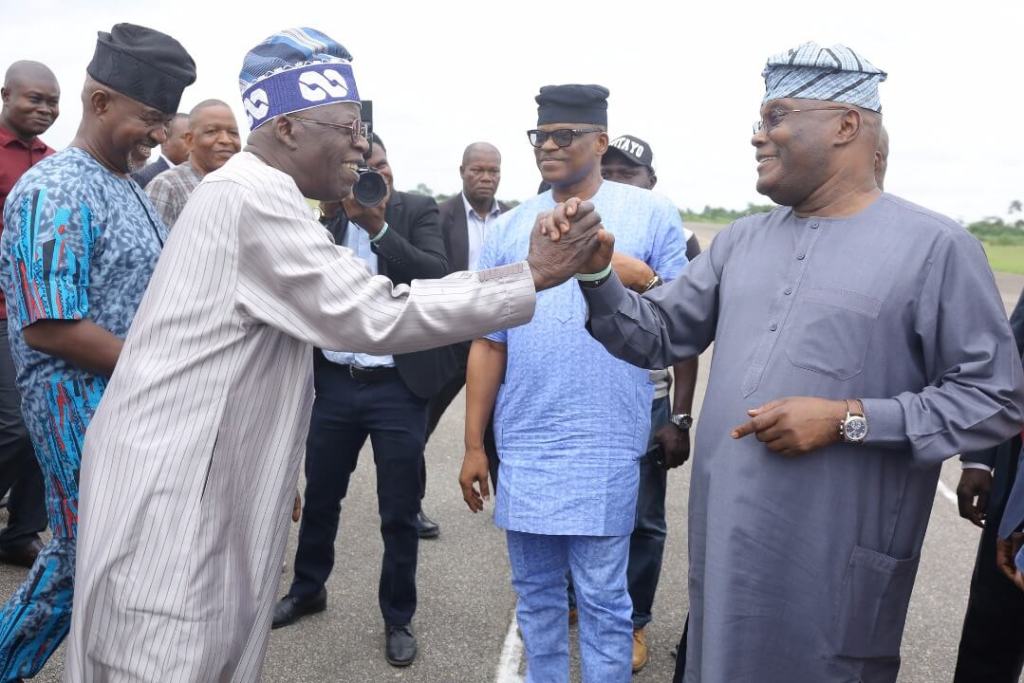 APC has once again said Atiku is not a threat to its presidential candidate,Bola Ahmed Tinubu.

The All Progressives Congress (APC) has stated that the presidential candidate of the Labour Party, Peter Obi, is only enjoying social media frenzy at the moment.

Speaking with journalists on Sunday in Abuja, Deputy National Publicity Secretary of the APC, Yakubu Murtala Ajaka, said Obi, a former Anambra State governor, would not measure up when the campaign starts proper.

He accused Peter Obi and the presidential candidate of the Peoples Democratic Party (PDP) of deceiving Nigerians.

While stating that Obi and Atiku can not make a difference, the APC deputy spokesperson said Nigerians will separate the boys from the men when voting begins in the 2023 general elections.

Ajaka said: “Just like Kwankwaso, Peter Obi is only enjoying sectional sympathy, but a real presidential candidate needs to enjoy acceptability from all parts of the country.

“So, we believe that Peter Obi should enjoy his social media frenzy for now before the real campaign starts very soon.”

He stated that his party’s presidential candidate, Asiwaju Bola Tinubu, does not feel threatened by Atiku and the PDP.

According to him, the PDP might not even come second in the 2023 election following the results of the Ekiti State governorship election.

He said, “PDP and Atiku are good customers to APC who cannot go beyond coming second at any election, even that second position has been threatened with the recent result of Ekiti governorship election.”