The Independent National Electoral Commission (INEC), on Friday, published the particulars of candidates for the 2023 general elections.

The publication has been followed by animated discussions among Nigerians on social media on the academic credentials of some of the presidential candidates. 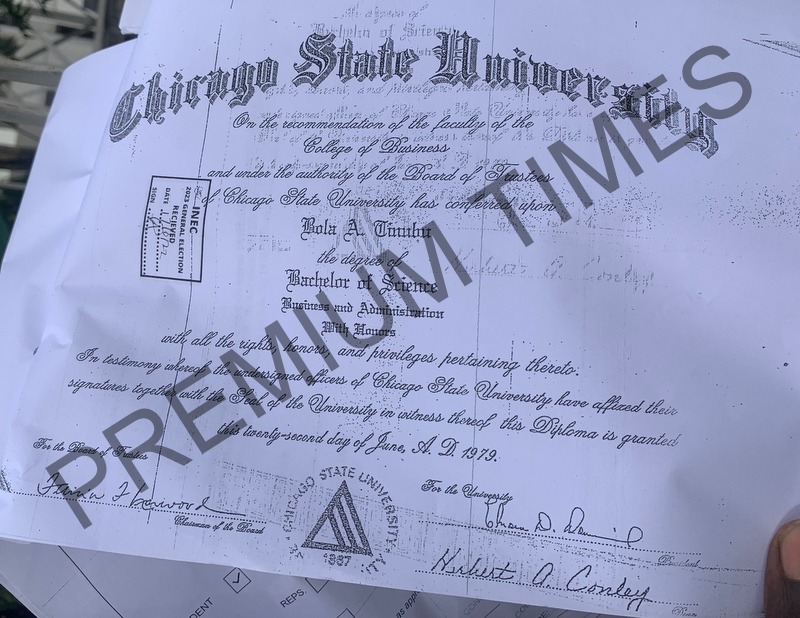 In the front burner of the discussions are questions around why the candidate of the All Progressives Congress (APC), Bola Tinubu, provided no information on his primary and secondary education. 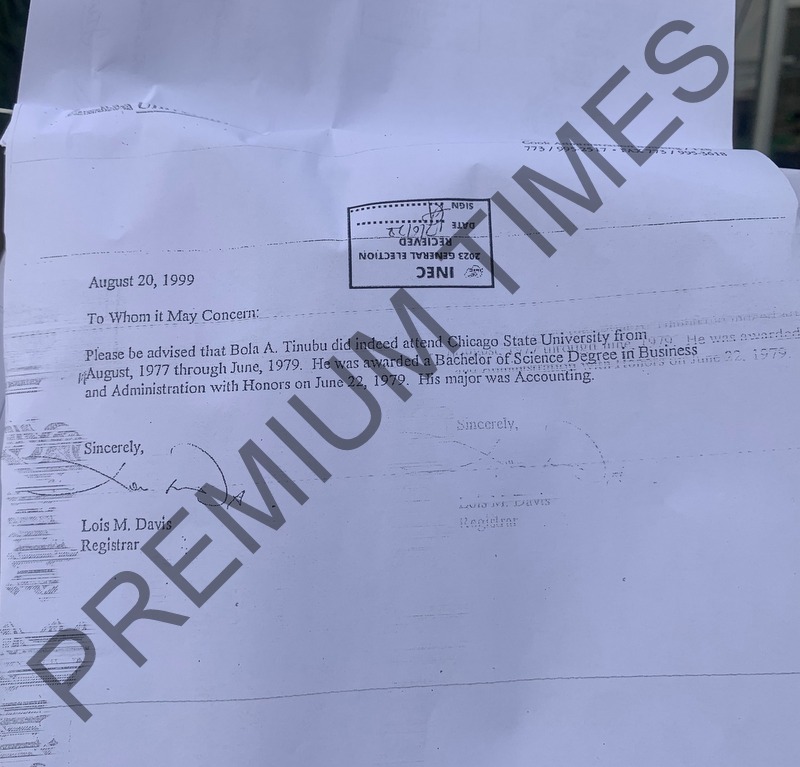 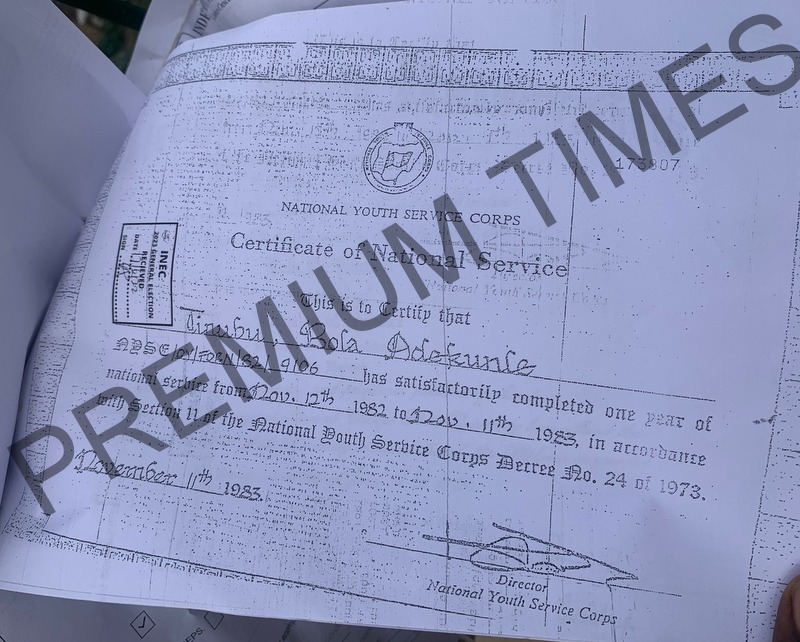 Stating his occupation as “POLITICIAN,” the 70 years old APC National Leader claimed he obtained a B.Sc degree in Business and Administration from Chicago State University on June 22, 1979 before participating in the compulsory national youth service from November 12, 1982.

Although not seen by PREMIUM TIMES among Mr Tinubu’s published particulars at the INEC office, he swore to an affidavit that his certificates are missing.

“I went on self-exile from October 1994 to October 1998. When I returned I discovered that all my property, including all the documents relating to my qualifications and my certificates in respect of paragraph three above, were looted by unknown persons.

“My house was a target of series of searches by various security agents from the time the Senate of the Federal Republic of Nigeria was forced to adjourn following the military takeover of government of 17th November 1993,” the two-term former governor of Lagos State claimed in the court affidavit.

Some Nigerians want to know more about Mr Tinubu’s past than what he revealed to INEC.

Similar concerns were raised over his background when he contested for governor in 1999 and 2003. The late human rights lawyer, Gani Fawehinmi filed a suit asking the courts to compel the police to prosecute Mr Tinubu for perjury and forgery after a petition accused him of those offences in his filings with INEC in 1999.

After the Supreme Court dismissed the suit on the ground that Mr Tinubu had immunity as governor against being prosecuted in court, the Lagos State House of Assembly investigated the matter and absolved Mr Tinubu of the charge of gross misconduct.

READ ALSO:   Revealed: How I Got Inspiration For ‘Wondaland’ - Teni

Mr Tinubu is considered by many political commentators as the candidate to beat in the 2023 presidential race, the reason for the intense public attention on his candidature.

The former Lagos governor’s spokesperson, Tunde Rahman, did not respond to calls to his phone lines at the time of filing this report when this reporter tried to seek further clarifications on the issue.