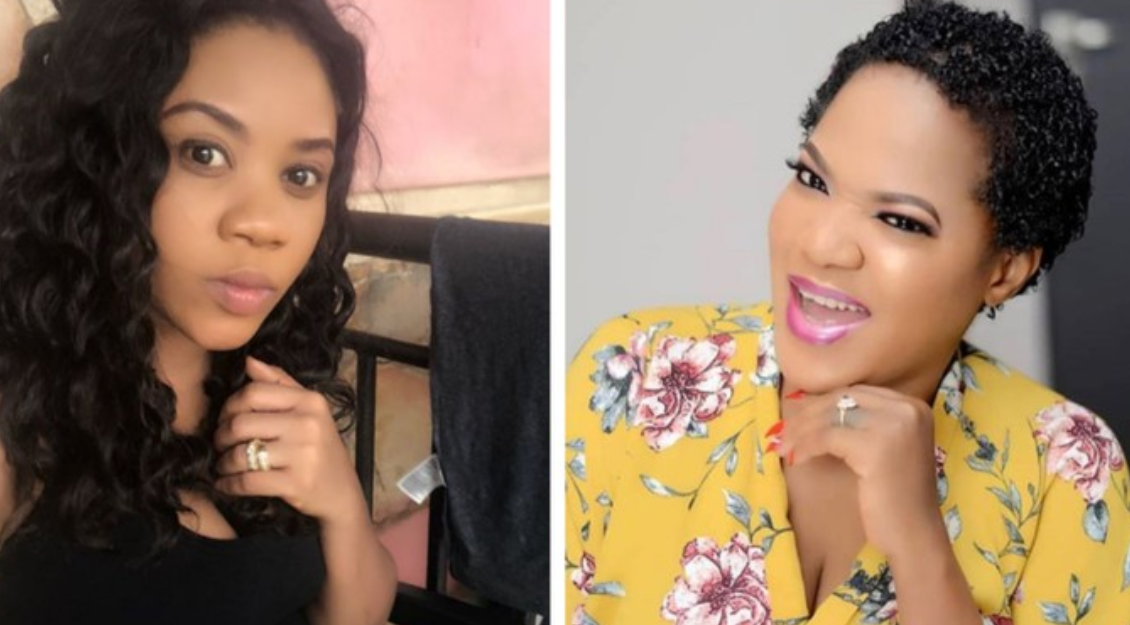 Kemi Filani reports that Wumi Toriola in her birthday count down on Instagram, had claimed she is turning 40 and many of her followers including Toyin Abraham found it hard to believe.

“It’s indeed a discovery. Fortified in a bit…Argue with your keypad….11/07” the happily married mum of one and businesswoman, Wumi Toriola wrote.

In a swift sarcastic reaction, Toyin Abraham who recently made headlines after it was alleged that her marriage to Kolwaole Ajeyemi is experiencing a crisis, wrote “Forty kini?” and Wumi Toriola replied saying “World best, let me fortified in peace”

Interestingly, while many Nollywood celebrities love to reduce their age, Wumi Toriola is adding to hers.

A check on Google shows that actress Wumi Toriola is 33 but who are we to question her declaration of her new age of 40.