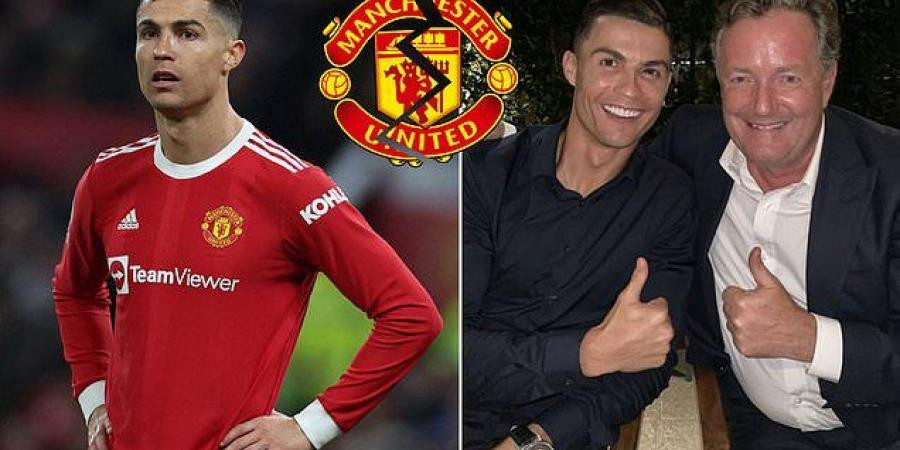 Controversial journalist, Piers Morgan has disclosed that it is ‘highly unlikely’ that Cristiano Ronaldo will play for Manchester United again after speaking to the forward this week.

The Portuguese star only returned to Old Trafford last year, but after a disappointing campaign for the Red Devils, he infomed the club of his intention to leave if they received an appropriate offer this summer.

He has since not joined up with the squad for their pre-season tour of Thailand and Australia, and Morgan believes the 37-year-old has ‘mentally moved on’ from United.

‘I have had quite a lot of contact in the last week. I certainly think it’d be highly unlikely if Cristiano Ronaldo plays another game for Manchester United. I just think mentally he’s moved on,’ Morgan told talkSPORT.

If you’re him and coming towards the end of your career and you still want to win major trophies you’ve got to make a calculation. Am I going to do it if I stay at United?

‘I think he feels the club structure from the top down isn’t right. It’s not a reflection on the new manager [Erik ten Hag], he’s got a lot of respect for him, but it’s just an accurate reflection of where United are right now.

‘It’s for him to say what he feels but if you’re asking me then I don’t think he’s going to stay at Manchester United.’

So far, Chelsea, PSG and Bayern Munich have all rejected the opportunity to make a move for him in recent days.

He has been linked with a move to Atletico Madrid, although a switch to the Spanish club could prove controversial given his previous history with their cross-city rivals, and former club,  Real Madrid.

Morgan thinks Ronaldo could end up somewhere unexpected, and has revealed that he is still trying to convince him to join Arsenal, the club he supports.

Morgan continued: ‘I think he could end up somewhere quite surprising.

‘Arsenal fans listening should know I’m doing everything in my power to try and persuade him to come to Arsenal.

‘And bearing in mind he was close to coming to Arsenal as an 18-year-old, he was about to sign under Arsene Wenger, and at the last minute he blitzed United in a friendly for Sporting Lisbon and Ferguson didn’t leave that game until he signed him.

I believe he’d be coming home!

‘Him up front with Gabriel Jesus and Eddie Nketiah would be a fantastic forward line for us, so why not?’