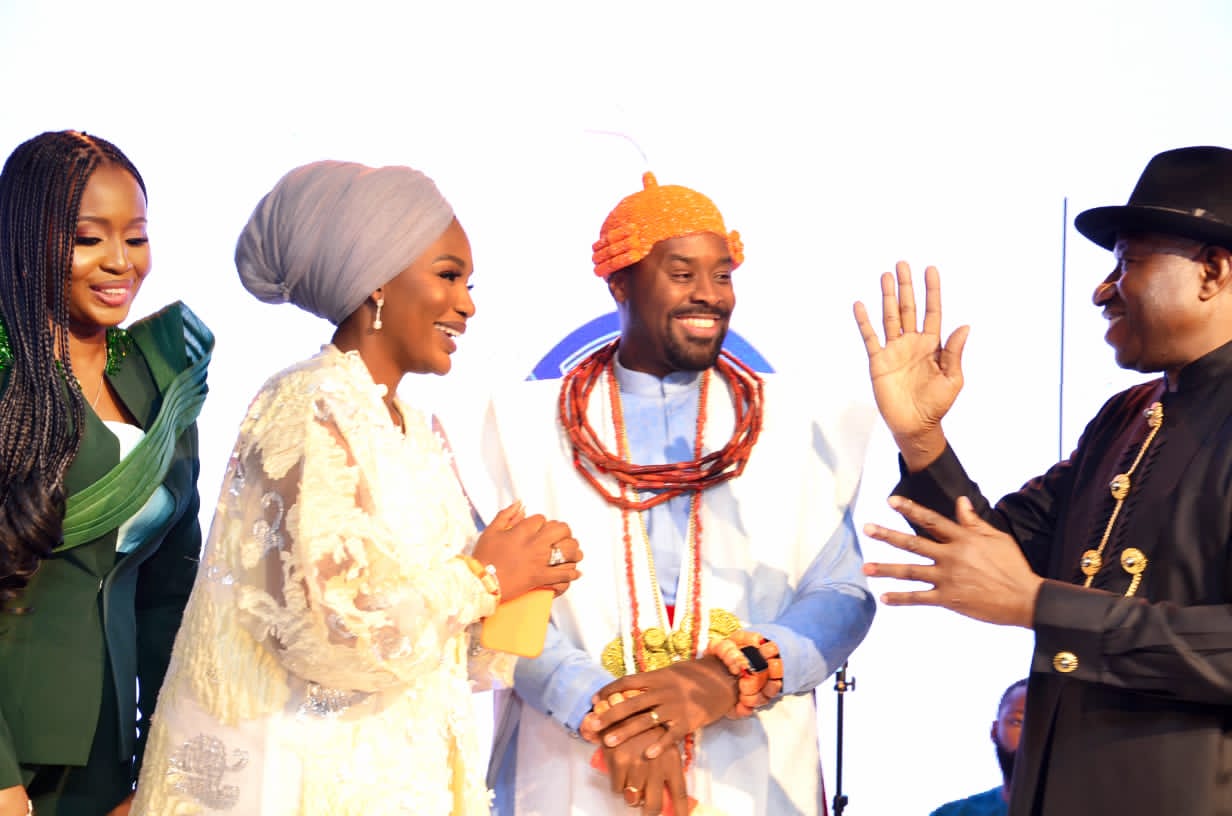 Prominent Nigerians across divide weekend poured encomium as they recalled the legacies of one of the nation’s greatest Philantropist and billionaire business mogul, late Capt Dr. Wells Idahosa Okunbo.
The event was at the maiden memorial lecture organized by the family of Capt Hosa at the luxurious Wells Carlton Hotels and Apartment, Asokoro, Abuja.

Former President Goodluck Jonathan in his key note address said that Captain Hosa as fondly called lived a life philanthropy and love for the needy was legendary and added one of his legacies that would Continue to endure is that he nurtured and mentored many to become responsible members of the society.

This came as his children led by the Olori Atuwatse III, wife of the Olu of Warri Kingdom, launched the Wells Hosa Okunbo Foundation

Jonathan who was the key note Speaker of the occasion spoke on the theme, ” Lasting Legacy: The key to Nigeria’s Development Issues?, Admonished the citizens not to give despite the hydra-headed challenges bedeviling country , but use the opportunity provided by the current political cycle to take decisions that would help renew hope, restore what had been lost and rebuild the country. 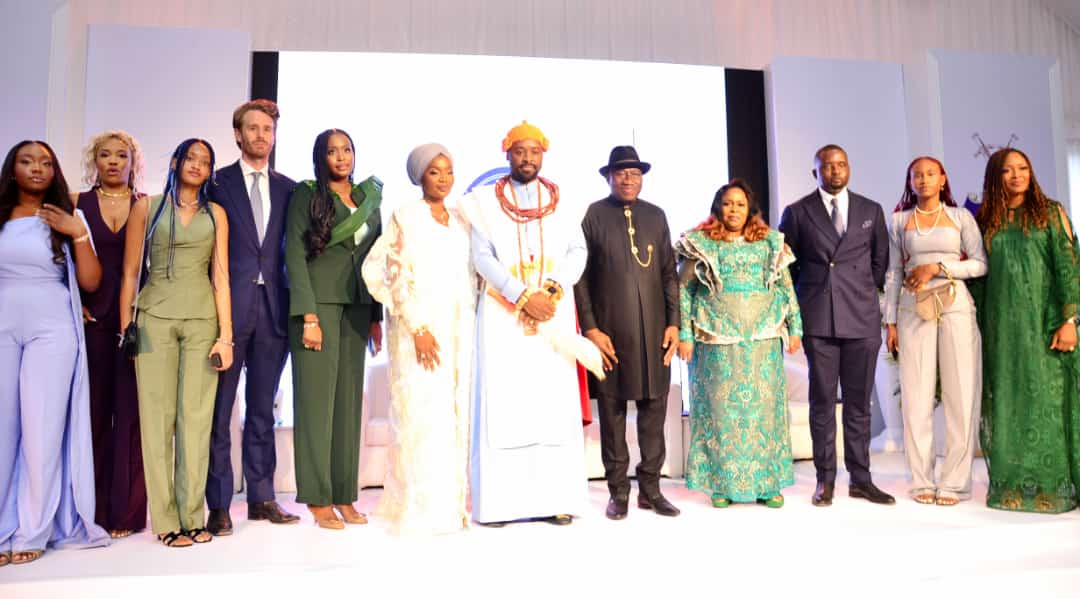 “As Nigerians get ready to be wooed at campaign grounds by various politicians seeking different offices, their thoughts should be beyond 2023, and about Nigeria and the kind of leadership it deserves now and in future to ensure that the country assumes its rightful place among the comity of nations.

He charged Nigerians to be circumspect in the exercise of their voting rights, shift from the “politics of bread and butter” and ensure that they do not elect leaders that would buy their conscience today and mortgage the future of their children and grandchildren.

“Our political leaders should worry about the depth of their footprints and the kind of legacies they are leaving behind. And I do not mean this to apply to only leaders at the national level. Those who also lead at various capacities in politics and business, be they councilors, council chairpersons, governors, lawmakers at both state and national levels as well as boardroom gurus should be bothered about the value of their leadership style,” he said.

Jonathan noted that the essence of leadership is to drive initiatives that seek to build sustainable societies and make the lives of the people better and more meaningful, and every political leader should, in a moment of introspection, spare a thought for the legacy he or she would leave behind.

“Captain lived a life of philanthropy. Although he achieved so much as a businessman and invested in big enterprises, he will perhaps be remembered more for his large heart, spirit of philanthropy and love for the needy,” he said, adding that one of his legacies that would continue to endure is that he nurtured and mentored many to become responsible members of the society.

Also, a former Minister of Education, Dr. Obiageli Ezekwesili urged politicians to develop the education sector, she lamented would continue to elude Nigeria and other African countries if the political class does not invest in education.

She said, “When you look at the parameters and issues in our country, especially the current data, it shows that the continent is in crisis and it has to deal with some of the things that the former President Jonathan said about society, It’s that nine out of every 10 Africans do not have the literacy and numeracy skills required of Children of their age in other parts of the world.

In his remarks, former governor of Edo State, Adams Oshiomhole, said Jonathan left a lasting legacy that set a pedestal for his successors.

He said, “Part of your legacy was when you launched the almajiri school and your thought was that no Nigerian child should be left on the street and also appropriated special funds.” he said.

Captain Hosa’s daughter, Olori Atuwase III, described her father as a visionary leader who believed in birthing initiatives that would outlive him, while impacting lives within the nation and beyond.

“My father was keen on investing his resources in people and ideas, many of which have grown into institutions. He left an indelible mark in his sphere of influence, starting with us his children, and in his hometown Benin City community, with his Alma Mata from past learning institutions, and I dare say in his country and beyond,” she said.

She announced the launch of the Wells Hosa Okunbo Foundation which she said is an expression of her father’s undying legacy, it will focus on Education, Entrepreneurship, Youth Empowerment and established primarily to consolidate and continue his passionate commitment to raising world changers in the core areas of education, entrepreneurship and youth empowerment in Nigeria.

“Through this outfit, we are determined to revolutionise the face of industrialisation in Africa and promote indigenous innovations that can boldly make a mark in the global space. The necessary systems for deployment are currently evolving and in the near future, we will be opening up opportunities for these expressions through access to funding,” she said.

The heir of Captain Hosa’s Family, Osahon Okunbo, in his welcome remark on behalf of the family thanked the guests for the show of love adding that they decided to hold the lecture to uphold the value of their departed father.