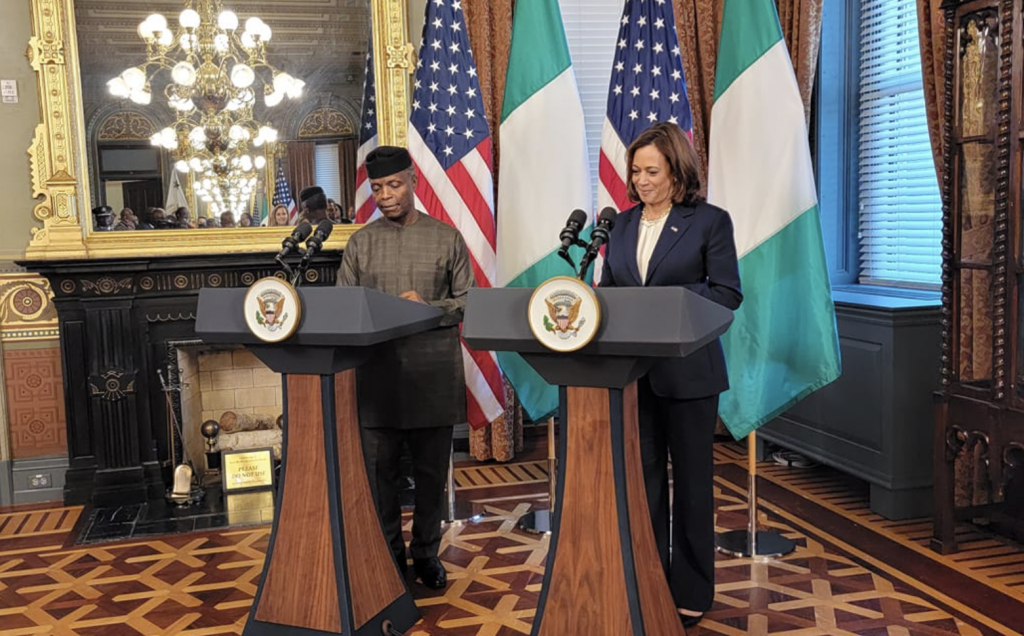 Nigeria’s Vice President, Yemi Osinbajo met with the Vice-President of the United States of America, Kamala Harris on Friday in the White house.

CityNews Nigeria reports that Osinbajo on Wednesday morning jetted to the United States of America to seek global partnerships and support for Nigeria’s recently launched Energy Transition Plan. According to a statement by the VP’s spokesman, Laolu Akande, Osinbajo will also meet officials of the World Bank Group, and other partners.

CityNews Nigeria reports that VP Osinbajo is leading Nigeria’s Energy Transition Implementation Working Group on the US mission with meetings starting from September 1 to promote the plan and secure global support from the US government, the private sector, and other development partners.

Nigeria’s Energy Transition Plan launched last week is said to need at least $10 billion per annum above business as usual spending for effective implementation. At the launch, the World Bank and a renewable energy organization – Sun Africa, pledged a sum of $1.5 billion each totaling an initial $3 billion investment to support the implementation of Nigeria’s Energy Transition Plan.

The Nigerian VP will also meet US Secretary of Energy, Jennifer Granholm; Secretary of Treasury, Janet Yellen; and President of World Bank Group, David Malpass; among others.