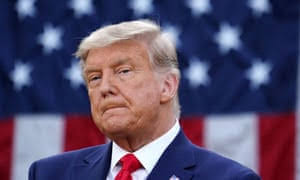 Donald  Trump has lashed out at President Joe Biden, calling him an “enemy of the State.” Speaking at the Pennsylvania rally ahead of the midterm elections holding in November this year, the former President also called out the FBI raid “a travesty of justice.”

President Biden on Thursday tackled Trump in rare virulence accusing him and his Make America Great Again (MAGA) supporters of “thriving in chaos.”

“Donald Trump and the MAGA Republicans represent an extremism that threatens the very foundations of our republic…They live not in the light of truth but in the shadow of lies.”

“Too much of what’s happening in our country today is not normal. And here in my view is what is true, Maga Republicans do not respect the constitution. They do not believe in the rule of the law, they do not recognise the will of the People.

“They refuse to accept the results of a free election and the are working right now as I speak, in state after state to give the power to decide elections in America to partisans and cronies, empowering elections denials to undermine democracy itself.

However, former President Trump hit back at a Save America Rally