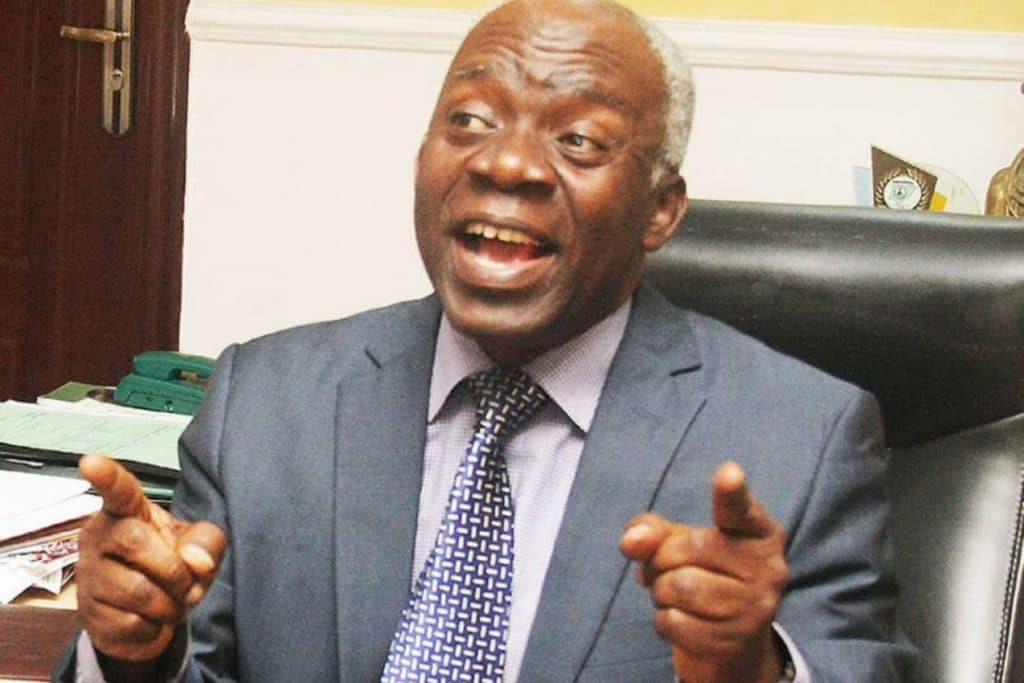 Human Rights lawyer Femi Falana has said President Muhammadu Buhari is tired and wants to leave office and those who want to succeed him in 2023 are also tired.

Falana stated this on Monday during the Labour Party National Retreat held in Abuja.

He said, ‘the man in Aso Rock and ‘those’ rooting to succeed him are tired.

Recall that in July, Buhari described his seven years in office as “tough”, saying, “I am eager to go.”

“I am eager to go. I can tell you it has been tough. I am grateful to God that people appreciate the personal sacrifices we have been making. I wish the person who is coming after me the very best,” he said.

At the Labour Party National Retreat, Falana said, “The man in Aso Rock said I am tired and I want to go home. Those who want to take power are also tired. Power lies in the street now.”

CityNews  had reported that the Labour Party Presidential candidate, Peter Obi while speaking at the National Retreat, said the 2023 presidential election is nobody’s turn and must not be by connection.