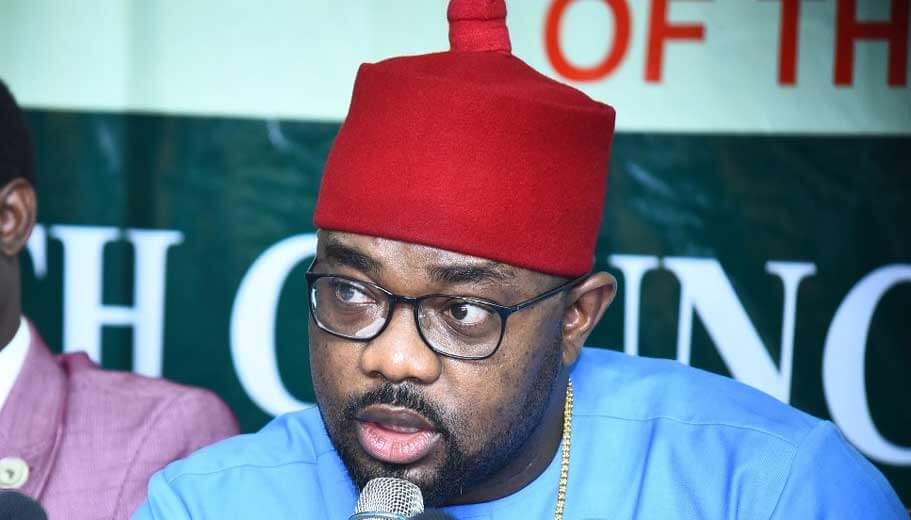 The Coalition of United Political Parties (CUPP) has raised alarm over an alleged plot to compromise the integrity of the forthcoming 2023 general elections with the upload of fake registrants into the voter register.

The spokesperson of the coalition, Ikenga Imo Ugochinyere, made the allegation in a press conference on Wednesday revealing that the CUPP had uncovered a plan by the ruling All Progressives Congress to rig the elections despite the introduction of the Bimordial Voter Accreditation System (BVAS).

He said a secret suit has been filed in the Federal High Court, Owerri to nullify the use of BVAS over a secret report by the Nigerian Technology Development Agency (NITDA).

Furthermore, Ikenga said the organization also discovered a plot to remove the chairman of the Independent National Electoral Commission (INEC), Professor Mahmud Yakubu from office to pave way for the smooth execution of the plan.

“CUPP uncovered a well-orchestrated grand compromise of the electoral register, falsification and upload of fake registration, move to nullify the use of the bimordial voter accreditation system (BVAS) machine, a complete takeover of INEC and the removal of its chairman from office and traceable offences of rigging the 2023 general election, the issues go to the very foundation of the hope of our nation to hold a credible, acceptable, free and fair general election next year,” he said.

Compromise Of Voters’ Register
According to Ikenga, CUPP intercepted credible intelligence about the grand design of the APC, to compromise the 2023 general election and deny Nigerians their sovereign right to freely choose their leaders.

“The discoveries we have made go beyond the case of double registration, it is a fundamental compromise of the National Voters’ register by chieftains of the ruling APC. During the just-ended continuous voter registration exercise, from our intelligence, some of the APC controlled states had access to INEC registration machines and conducted their own registration process, this time, not with human beings, they used hundreds of thousands of computer-generated photos and faces, passport photographs, calendars, photo albums and any human face they could lay their filthy hands on including outside the country, especially Africa.

Continuing further, the CUPP spokesman wondered who generated the photos and the foreign names, “whose real identities are exposed when you search them on Google?”

READ ALSO:   AGF Malami Reveals How Abba Kyari Will Be Extradited To US

“The coordinator of the illegal registration in Imo state, for instance, was a former INEC staff who was the head of the state electoral commission and who has now been promoted to a resident electoral commissioner nominee, she supervised the ICT team that was deployed to Imo state from the pool of centrally trained personnel by the party,” he added.

Secret Suit To Nullify Use Of BVAS
Ikenga said the coalition also discovered that a suit seeking to nullify the use of the BVAS machine has been filed before the Federal High Court, Owerri relying on a false claim to be made by the Nigerian Technology Development Agency (NITDA) and the Federal Ministry of Communication and Digital Economy to the court.

“We have also finally obtained a copy of a secret suit filed in the Federal High Court, Owerri, seeking to nullify the use of the BVAS machine by relying on a false claim to be made by the Nigerian Technology Development Agency (NITDA) and the Federal Ministry of Communication and Digital Economy to the court. We have also discovered a second suit filed on the same matter, the move was created as a safer option than their alternative and more risky option, which is to pre-load the BVAS machine with accreditation figures matching the number of the illegal registration and generating results in those areas, that is why you see hundreds of thousands of these fake names uploaded into the voters’ register.

“Note that this will happen in several of the new polling units which do not have human beings in the register, they will easily upload these results with little or no resistance.

The CUPP also alleged that plans are underway to remove INEC chairman, Professor Mahmud Yakubu, and install a stooge to execute plans to undermine the integrity of the elections.

“The last leg of the plot is also to sack the INEC chairman, Professor Mahmud Yakubu through the court, a plot that will be accomplished where the man insists to continue as an unbiased umpire, Nigerians, this is the last bridge to protect our democracy which must not be broken,” he said.

“We, therefore, call on the civil society, development partners, election observers, the media and indeed all men of goodwill to stand up and stand with us and defend Nigeria’s democracy. Most recently, the APC governors of Gombe, Kogi and Plateau have claimed electoral victory for the APC even when reasons to make Nigerians vote for the APC are absent.

“We hereby call on INEC to reassure Nigerians that the elections have not already been determined. We demand that the commission makes a categorical commitment toward the protection of the sanctity of the ballot and restore the confidence of the Nigerian people in the electoral process. Not only the commission cleaning the voters’ register, but the commission must explain to Nigerians and arrest the officers of INEC who released the passcode of the BVAS,” Ikenga added