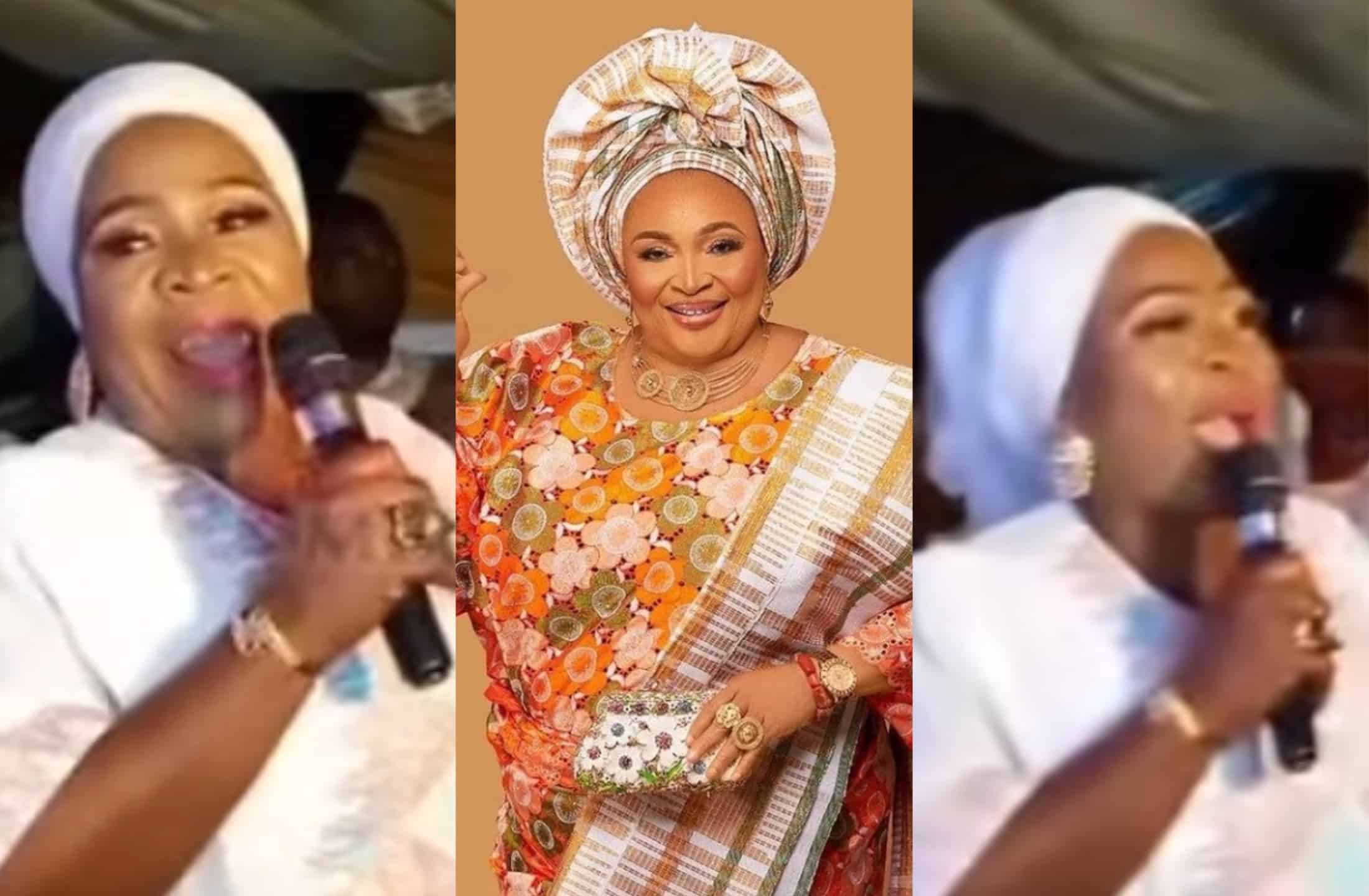 Fali Werepe had infuriated Madam Saje when she countered her at the star-studded party.

CityNews recalls there were reports days back that the Yoruba Nollywood industry had gone all out for veteran actor Yinka Quadri who turned 63 on September 6.

Marking his new age, Nollywood actors, producers, filmmakers, marketers and more came out in large numbers to show their love for him.

Yomi Fabiyi, Mama No Network, Fausat Balogun, Fali Werepe and others were spotted at the surprise party.

A video which has now surfaced online showed Fausat Balogun, at the event throwing jibes at colleague, Fali Werepe.

Fondly known as Madam Saje, Fausat gave a short speech about the celebrant.

Fausat stated that she has been in the industry with Yinka for over 50 years.

This didn’t sit well with Fali Werepe, as she interrupted her speech with an exclamation.

Fausat Balogun didn’t take Fali Werepe’s side remark about her speech too well as she slammed her.

She noted how she had been in the industry before Fali.

“Fali, I senior you in this profession – let’s say it in public, I don’t talk too much, I am your Oga”.

Fali Werepe, who doesn’t hold any grudge against the actress, said she only called attention to her exaggeration.

“When she said she has been with Yinka for over 50 years, I shouted ahhhhh and I am not the only one who shouted ahhhh. People know when we started filming but we haven’t been in the industry for 50years.

Me and Abeni are friends and we can’t fight but we haven’t been in the industry for 50years”.