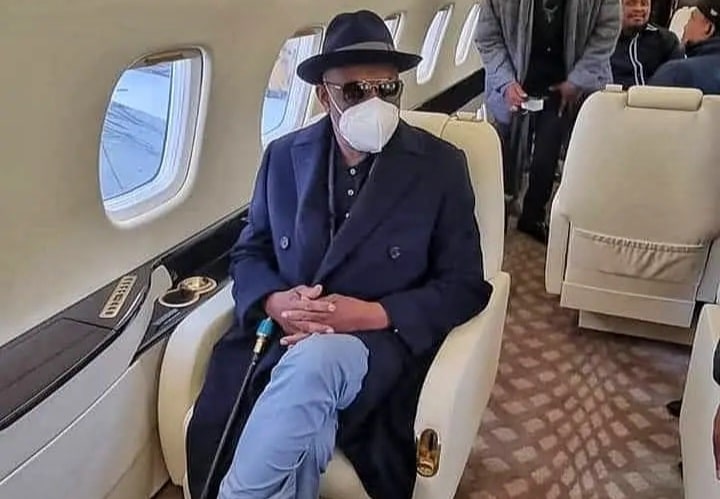 The Governor of Rivers State, Nyesom Wike has travelled out to Europe amid the crisis rocking the Peoples Democratic Party (PDP).

The decision of the Rivers State Governor to travel out of Nigeria is coming hours after media chats where he revealed issues in the PDP.

CityNews Nigeria recalls that Wike during the media chat claimed that the presidential candidate of the All Progressives Congress (APC), Bola Tinubu offered him senatorial slot.

Wike also revealed things the presidential candidate of the Peoples Democratic Party (PDP), Atiku Abubakar promised him during their meeting in London.

The Rivers State governor pointed to why he has been insisting on the National Chairman of the party, Iyorchia Ayu to resign from office.

Meanwhile, there are speculations that Wike might have scheduled a second round of meeting with All Progressives Congres presidential candidate,Asiwaju Bola Ahmed Tinubu at an undisclosed location in Europe.

A source that spoke with Daily Trust disclosed that Governor Wike travelled out of the country for a yet to be disclosed country in Europe around midnight on Friday.

The source noted that the governor jetted out from the Port Harcourt International Airport in a chattered flight.

A source in Government House who spoke on condition of anonymity confirmed Governor Wike’s trip but refused to state the actual destination. Another source however revealed to CityNews Nigeria that Wike is again ging to spin another surprise in the next coming days as ‘big news is about to break’.

The source stated, ”Oga travelled last night around midnight but I can’t say exactly where he is going.”