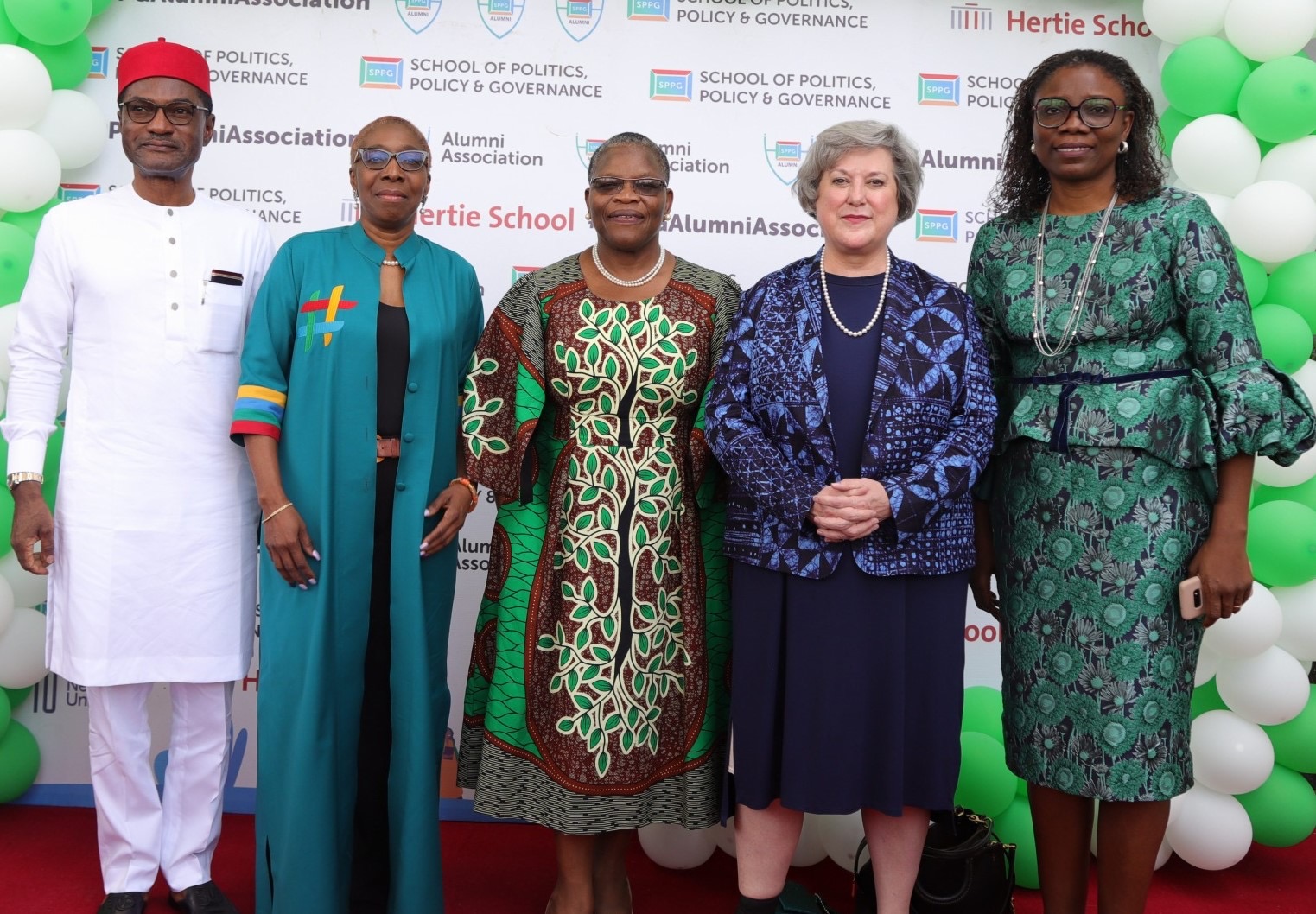 In a bid to produce the next generation leaders with disruptive thinking, School of Politics, Policy & Governance, (SPPG) over the weekend held a graduation ceremony for 133 students for the 2022 academic year in Abuja Nigeria.

At the 2022 graduation ceremony of the School of Politics, Policy, and Governance with the theme: “Designing Our Global Future with Africa in Mind” held at the Shehu Musa Yar’dua Centre, Abuja, were Chairman, FATE Foundation, Fola Adeola, former Minister of Information & Culture, Frank Nweke Jr., former Minister of Education/founder SPPG, Oby Ezekwesili, US Ambassador to Nigeria among others.

Speaking at the ceremony, Chief Executive Officer of SPPG, Alero Ayida-Otobo, said the institution was designed to transform the quality of political and public leadership in Nigeria and the rest of Africa.

She disclosed that the 2022 graduating class comprised 133 students who underwent 10 intensive months of training and learning.

“For the class of 2022, there are about 133 students graduating. The pioneer class was 160 and they have gone through 10 intensive months of training and learning. They studied 140 topics, seven thematic areas. Research shows that there were certain gaps in the knowledge base of lots of public leaders. So, this is our own contribution in building the knowledge base of future leader’s and we are very pleased that we have 133 graduates.

“A lot of them are already doing great work. They are already community organisers serving at the community level and recruiting individuals that have the potential to be part of our community. We also have among them at least three that scale through the primaries conducted by parties.

“Our 10 months course stretches and strengthens one’s leadership capacity and our students who were aspirants demonstrate that what we are teaching is not just possible but we have people who are running the race already”.

According to her, there must be a change of mindset by leaders to tackle the growing economy and security challenges in the country.

Ezekwesili, who is also the founder of SPPG, observed that character, competence and capacity was the missing link in producing good leaders in the African continent.

She, therefore, stressed the need for disruptive thinking in the nation’s political space.

She said: ” What we found is that not just Nigeria, but across Africa, there is a political culture that is distorted.

It’s the political culture where those who are in public leadership subordinate the public good. That is the common good for their personal and narrow interests. And so, what it means is that the common good and public good is not served by people who should be serving. So, in order to correct that, you have to basically customize a new leadership mindset.

“So, the training that we gave at the School of Politics, policy and governance is one that has the content to reset the mindset of those who wish to lead in public service.

“They lead by serving, they place character at the foundation of the knowledge that we give to them by improving on their competency and the capacity for them to be able to articulate sound policies, be able to design institutions that enable society to advance and to have the capacity to make the right choices of investment in the goods and services that countries need in order to grow”.

The ex-Vice President for the World Bank’s Africa Region, said ahead of the 2023 elections, such distorted political culture could be corrected with sufficient information on the part of the Nigerians.

According to Ezekwesili, there is a need to educate and sensitize the citizens on the consequences of making bad decisions during elections.

“I think that one of the things that our research shows is the important role of citizens, which is why a critical pillar in the research of fixed politics is the pillar on empowering and enlightening the electorate so that they would have enough influence sufficient enough to influence political outcomes. So, the role of the citizens in democracy is part of what the SPPG promotes and again, we must have the office of the citizen, the community organizing approach, and all the other things that lead towards an empowered citizen that can push back and demand accountability as well as the emergence of the right kind of leadership for our public space”, She added.

READ ALSO:   Tinubu has support of over 300 monarchs for 2023 presidency - Senator Adeyeye

Former US Secretary of States, Hillary Clinton, in a short video message, stressed the need for Nigerians to vote during elections, noting that participating in electioneering activities would strengthen the nation’s democracy.